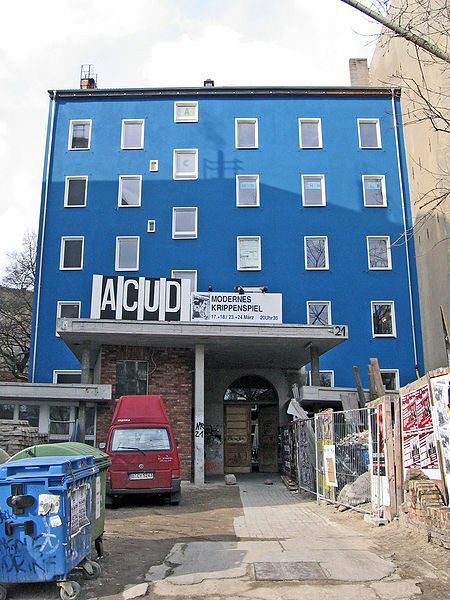 Located in the Mitte district in the east of the city centre. The Acud Kino Theater opened in 1991, first operating from the top floor at the front of the building. In 2004 it moved to the second floor of the building. It operates as an arthouse cinema screening German & European film, and since 2017 has been a member of the Europa Cinema Group of arthouse cinemas. Seating is provided for 80-seats in Kino 1 which has digital and 35mm projection, and 35-seats in the second auditorium.