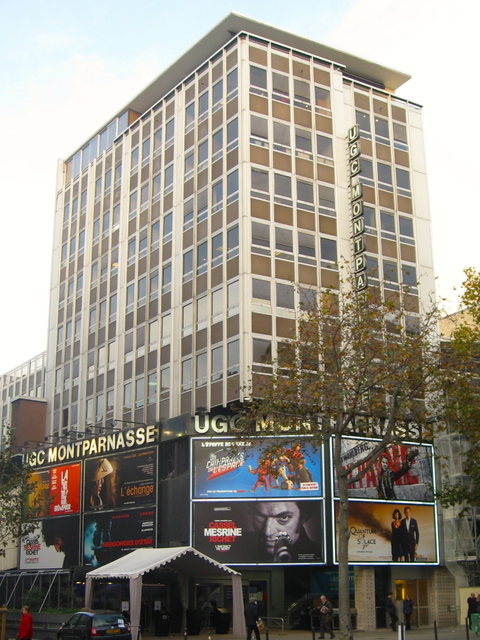 In 1972 the Cineac chain headquarters was demolished to build a 10-storey office building with a three screen cinema.

Despite the bad taste of these years the design of each auditorium was futuristic with two stadium seating screens, a curtain in the 500 seat auditorium, and the box office located on the boulevard but without a lobby.

It is the first multiplex of the Montparnasse district ever built. A 90 seat screening room with retro-projection is converted to screen four because the opening of these new screens was very successful and increased capacity was needed.

In the 1980’s the UGC chain took over the multiplex. A refurbishment the auditoriums a black colour scheme, wider screens, and a bar area.

Later, an addition to the original building added three more screens to the UGC Montparnasse and a lobby area was finally built as well.