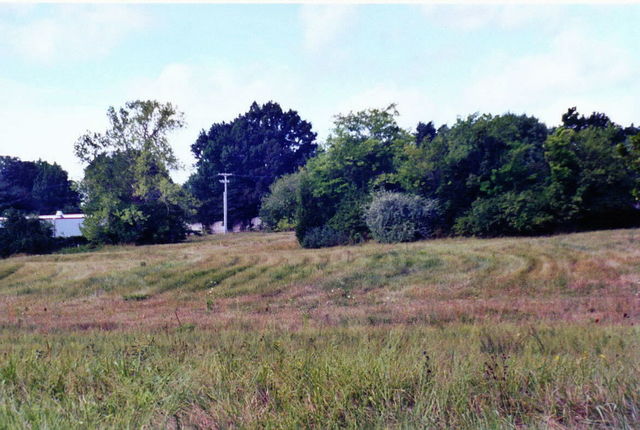 The Starland Drive-In opened April 30, 1952, located on 34th Street, was one of two in Mt. Vernon (the other being the Mount Vernon Drive-In which was also operated by Frank Glenn). However, unlike the Mount Vernon Drive-In (which opened a couple years before the Starland Drive-In and operated into the 1980’s) this drive-in would not be nearly as long-lasting, closing just 8 years after it opened on October 30, 1960.

The property is still vacant, decades after the drive-in was demolished, with little to show that there was ever a drive-in on the site.

This drive-in was behind what is KMart.

All ramps though overgrown are still there.

58 years after it closed and the ramps are still plainly visible in aerial views.

Opened With Abbott And Costello In “Jack And The Beanstalk” And Douglas Fairbanks Jr. In “Mr. Drakes Duck”.