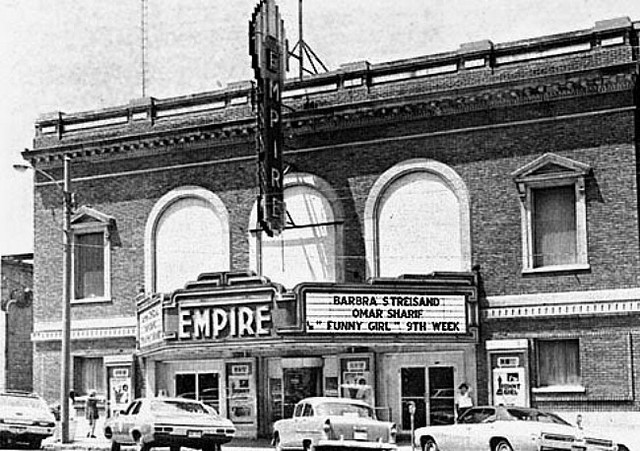 Built in 1914, the Empire Theatre was renovated and reopened November 10, 1933 with Slim Summerville in “Love, Honor & Oh Baby!”. This historic cinema was demolished in August 1997, only two months before a hearing on its historical status.

The Empire Theatre is best known as the site where Rosa Parks refused to give up her seat on the bus to a white passenger. It was also the first venue Hank Williams, Sr. peformed in. In the 1940’s it was operated by Paramount Pictures Inc. through their subsidiary Wilby-Kincey. By 1975, it was operated by Martin Theatres

Demolition of the theater in 1997 made way for the Rosa Parks Memorial Library.

A terrific picture of the Empire is here:

For a picture of the Empire’s auditorium, click below:
View link

In 1963, the Empire was part of the R.M. Kennedy theater circuit, headquartered in Birmingham. Kennedy also operated the Jasper in the city of Jasper and the Druid in Tuscaloosa. Kennedy theaters in Tennessee were the Bonnie Kate and Capitol in Elizabethtown and the Family Drive-In in Johnson City. Kennedy also operated the Center, Skyline Drive-In and South Drive-In in Greensboro, North Carolina.

Artist Robert Cottingham has painted nine large pictures of this theater’s marquee in different media based on photographs he took of it in 1996: View link.

Here is a photo I made shortly before the historic theater was razed.

I remember seeing the stereo sound conversion of Gone with the wind in 1972. Earlier I finally saw a film with stereophonic sound for the first time in a theater .It was the 72 reissue of Ben Hur.This was the time the Vietnam war was endingtoo.I was with a friend. This was before Dolby.It had a loud hissing sound in the stereo effects.I also saw Angel in my pocket and big Jake up there too.I also saw Dr. Jeykle and Miss Hyde too.

Management company name was Wilby-Kinsey. Robert B Wilby and A.J. “Mike” Kinsey. Once affiliated with Paramount-Publix with theatres owned or managed throughout South.

Had a major reopening on August 2nd, 1917. Grand opening ad in photo section. 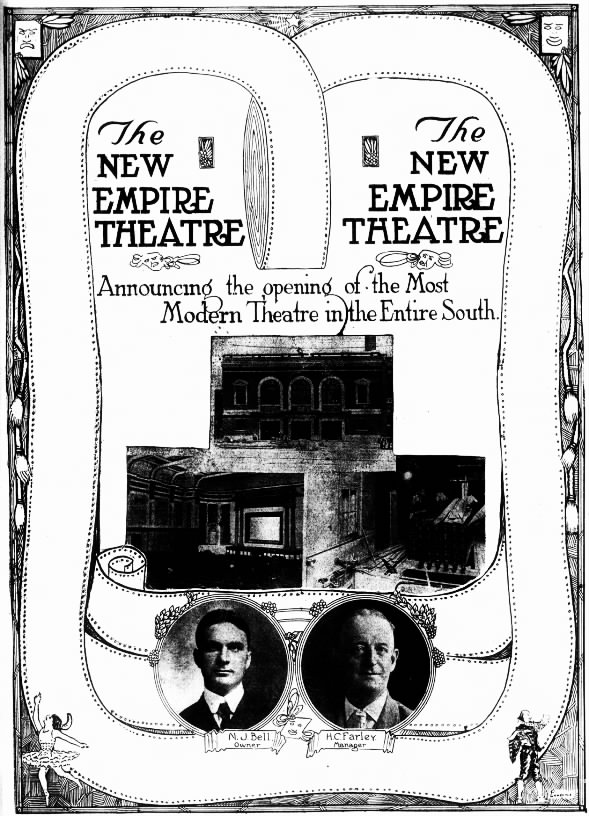 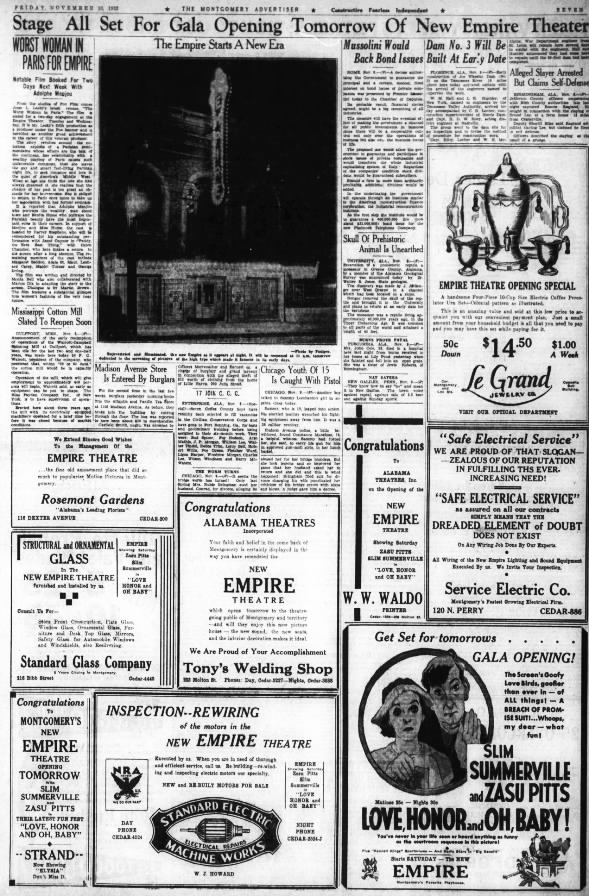