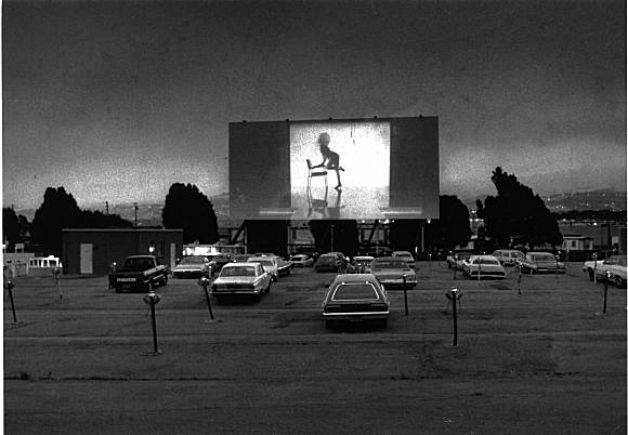 This large ozoner opened August 21, 1964 and has been operated by the same family since it opened. The twin screen 1,000-car drive-in features double bills March thru October. It closes on Halloween with a big Holloween Bash. Audio is provided with AM and FM radio broadcast. Admission is $6.00 for adults with children under 12 free.

Here is another link:
http://www.michigandriveins.com/detail.asp?id=106

Awesome drive in. I drive an hour to attend every other week. This is the only time I attend a theatre. I do not bother with walk ins any longer. This place is clean, well maintained, and has great food and features. The best place to be in the summer, the Capri Drive in in Coldwater Michigan.
Admission this year, 2008 is $8.00 per adult. Still cheaper than the walk ins. !!! and you get 2 movies, its great to attend a double feature in these days of cram them in and get them out,and cram for the next showing.
Please attend this historic wonderful drive in, with a screen that
is 75 ft tall and 150 ft wide. No walk in can claim that.
The presentation is crystal clear and the FM sound in your car is the best.

View link
this should take you to my photo file of the Capri.

Very classic Chuck the theatre and the car.

I think i see the second screen below the big one with the car in front.

I’m confused, the screens look to be 2.35 aspect ratio fixed, yet for movies that are 1.85 – do they crop off the tops and bottoms to fill the entire screen? This looks to be the case of the picture of ‘Monsters University’ framing on their facebook page.

The Capri has made the conversion to digital projection.

Operation / ownership highlights from The Capri Story page on its web site:

A contest was held at the Drive-In shortly after it opens to decide on a name… the winner received a brand new sewing machine. The winning name was The Capri. That name was submitted by… Mary Magocs (and yes, she kept the sewing machine :–)

Admission in 1964 was $1.00 and a cheeseburger was 45¢. The snack bar at the time was leased to Auto City Candy Company of Detroit. Operating a Drive-In for the Magocs was a family affair. John and Mary, John Jr. and Tom, spent many a night making sure the show went off each night.

In 1977, the operation of the Capri Drive-In was leased to William Clarke of Coldwater while the Magocs resided in Florida. In 1980, Tom and John Jr. resumed operation of the theatre. Tom and John Jr. were 5 and 9 years old when John and Mary opened the theatre. After 16 years of learning the ropes, the boys took over. One of their first decisions was to install AM radio transmission of the movie sound. This was cutting edge technology at the time in the Drive-In industry. All but 5 rows of speakers were removed.

In 1982, Susan Magocs (Tom’s beautiful wife) assumed operation of the Snack Bar. Between 1964 and 1981 the snack bar had been run separately. For those of you who remember back 20 years, this was a major UPGRADE for the concession stand. The Capri Drive-In’s concession now consistently rates as one of the best Drive-In concessions in operation.

In 1986, the Capri became a twin. Screen Two was added on the back side of theatre. Screen One’s car capacity was decreased to 550 cars, with Screen Two parking 300 more. It was at this time that 5 remaining rows of speakers were also removed. In 1996, sadly, the original “showman”, John Magocs Sr. passed away in his Naples, Florida home.