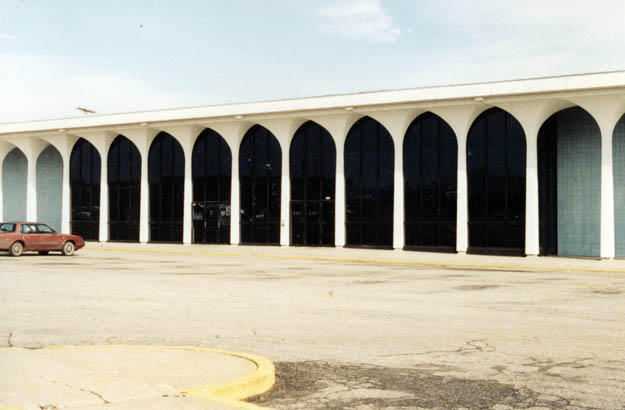 Located in the Truman Corners Shopping Center, this was one of the more elaborate four screens that were opening in the Kansas City area in the early 1970’s (it opened in December 1972).

An impressive white front with arched areas along the top of the building with white pilisters about every eight feet supporting the arches. A glass front building with a large lobby and very comfortable auditoriums with seating being the newest on the market at the time.

The Truman Corners closed in the mid-1980’s when the larger multiplexes started opening in the Kansas City/Independence area.

Was this one of the last theatres AMC opened when they were still known as Durwood Theatres?

Mid-America was still operating this theater as late as 1979. I’ve been unable to discover when it was taken over by AMC.

I remember seeing Bram Stoker’s Dracula and Batman Returns (1992) there. On both trips we ate at the Ponderosa Steakhouse nextdoor. The last film I saw there was Titanic (1997) in 1998.

It was in the big auditorium but sound system was shot.

Too bad, it was a nice movie trip on the weekends.