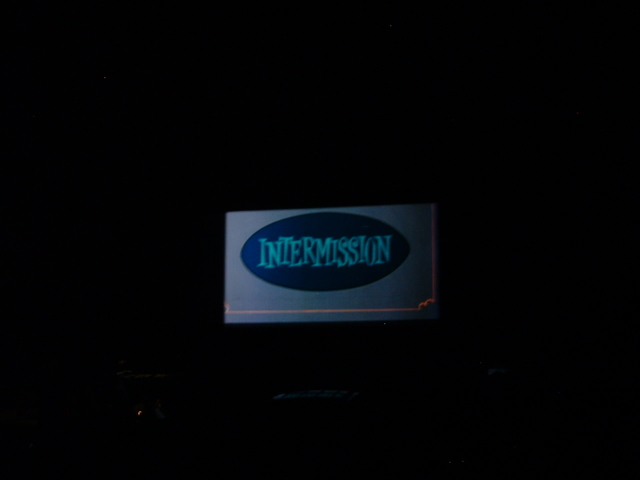 The Vintage Drive-In located in East Avon, NY, opened June 20, 1997 as a single screen with a second screen under construction. Opening movies were Jim Carrey in “Liar Liar” & Pierce Brosnan in “Dantes Peak”. This drive-in now has four screens and a capacity for 540 cars.

Probably the Vintage Drive-In was one the major factors in demise of the Park theatre in Avon. The Park wasn’t open in the during the summer months. Drive-Ins seem to do okay in western N.Y., there’s a small one (single screen) in Holland, N.Y. which I try to get to once a year.

Actually, the Drive-In to which I was referring is the Delevan Drive-In which is located in Delevan, N.Y. not Holland.

I visited the area this weekend and my friends took me to the Vintage to see “Everyone’s Hero”. It was quite a time trip for someone from New Jersey, the state where the first drive-in was born and which now has only one, sadly.

Whenever I visit my family in Rochester, my cousin and I always take his two girls to see the latest family movie. I noticed this year that they’ve added a fourth screen; the more the merrier!

Great name for a drive-in.

According to their website this drive-in does have 4 screens.

The Vintage opened on June 20, 1997, the work of Paul Dean and David Philips. On Opening Day, it had one screen up and a second under construction.

When the Baltimore Sun profiled it in June 1998, Dean was called “the owner” and Philips was not mentioned. At the time, Dean was “planning to build a third screen by next spring.”

In 2008, Dean told the Rochester Democrat and Chronicle that “his original investment in equipment was in the mid-six-figure range, and that his investment has been a good one.”

After about a decade of three screens, the Vintage added its fourth screen in the 2009-2010 offseason.