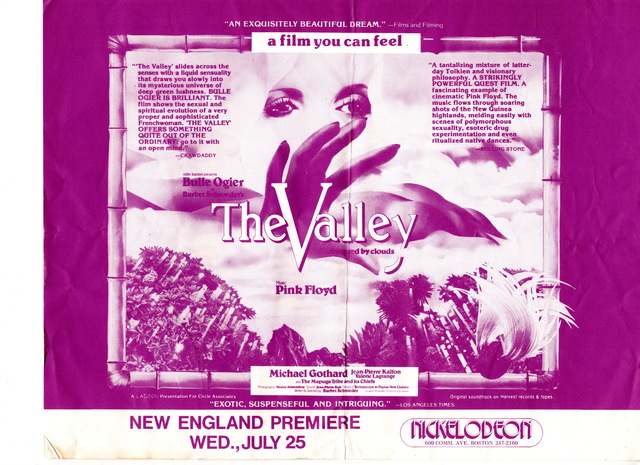 The Abbey Cinema opened as a single-screener on March 27, 1968, and in succeeding years became known as the Nickelodeon (the FIRST Nickelodeon, not the SECOND which was to be located a short distance away and which itself has been demolished.) Franco Zeffirelli’s “Romeo and Juliet” had a very long run here in 1968-1969…

“now in the 10th month of a highly successful engagement,” a newspaper article indicated in July of 1969.

USACinemas did eventually buy the Nickelodeon, but not until 1986. By that time, the Nick had moved out of this location and into a new building a block away. See the Nickelodeon page for more information.

Thanks, Ron, I stand corrected. I thought it was quicker than that. I might have had a job for 8 years there if they had hired me.

I came across a quote from Ty Barr in the October 16, 2005 Boston Globe where he said the Nickelodeon “…became the first art house to outgross a mainstream chain.”

I saw the Beatles" second film, “Help,” with my Mom when it was released in 1965 (I was six). Does anybody know what theater in Downtown Boston it opened at?

Definitely not this one, which opened in 1968 (see earlier comments)

I worked at the Loews Abbey Cinema from around 1972-1974. I remember almost everyone . Bill Glazer was the G manager.He got shot there for refusing to give a robber $. Chris Davitt was the Projectionist, Maria Darcangelo, Diane Gardner,Donna Tessari, Donna Frost,Al Pignat,Carolann Mahoney,Jim Palladino,John Rafferty, Mark Chalpin.
we had lots of fun there.around the corner was this club The Box. Aerosmith played there.I cant for the Life for me remember the biggest movie that played there, except some R Rated Cheerleading one.

I believe the biggest movie that played there was Zefferelli’s Romeo & Juliet. If it opened here then I believe it played for about a year. If it didn’t open here and was on a moveover It still played a long time.

A further detail on Bill Glazer’s shooting which I heard a few years later was that when he submitted a request for a new Loews jacket because the one he had been wearing had a bullet hole in it, the company depreciated the damaged jacket and only gave him partial payment for it.

Note to Phil, we about wore a hole through the James Taylor “Fire & Rain” album. We had a Sony r/r tape deck in the original theater.

I think I ran “Last Picture Show” about a million times (was an operator back then). I can still recite most of the lines in the script….

Before it was Loew’s Abbey, the Abbey was owned by Robert (Bobby) Epstein. Bobby was the first exhibitor I ever worked with when I entered PR in Boston and he spoiled me. When he booked the AIP release of the commonwealth United production of “Julius Caesar,” starring Charlton Heston, I handled group sales and kept the Abbey filled with high school field trips for months. (I apologize to all those students who had to sit through “Julius Caesar.”) I suspect Bob simply tired of exhibition, because he formed a partnership with writer Allan Folsom and tried to produce movies. (Later Folsom did become a screenwriter and novelist.)