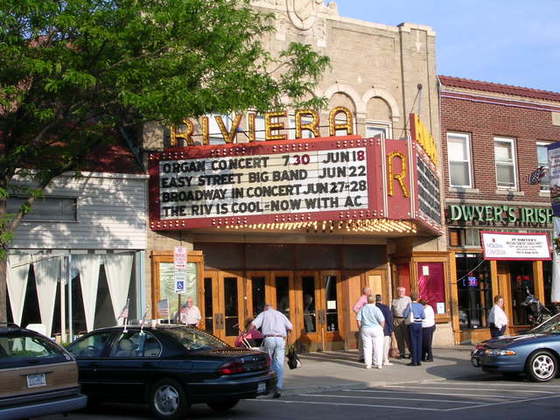 BUFFALO, NY — With us quickly approaching a time when studios will supposedly stop making film prints available, the Huffington Post looks at the effects on historic theaters. They focus on local gems such as the Palace and the Riviera and their struggles in making the conversion.

(Thanks to alknoblach for providing the photo.)

Bad! Bad! Bad! Studios could be more flexible. And, I certainly want to continue to see classic films projected in 35 mm.

There are still Universities, Archives, Labs. 35mm will be given the reverence it deserves, at some point.

I agree. There are a few theatres in NJ that still show 35mm film. The only 70mm film that I seen was Imax. The St. Helens movie I saw in a closed theater (the dome) was regular 70mm.

Wasn’t this article previously posed? Regardless – the problem is the classics are rarely being provided in the form of film prints unless its a serious reparatory house like Film Forum, Dryden or TIFF Bell Lightbox. I’ve seen presentations at The Riviera that were projected right off a DVD (as are many of the classic screenings as I commented on in the Buffalo area including The Hamburg Palace, Market Arcade and the early digital adopters at The Screening Room).

In Philadelphia area, many theaters show classic 35 mm prints. in the burbs at Colonial in Phoenixville, Ambler, County (Doylestown), Hiway in Jenkintown. In Philadelphia, Prince Music, Roxy, and International House.