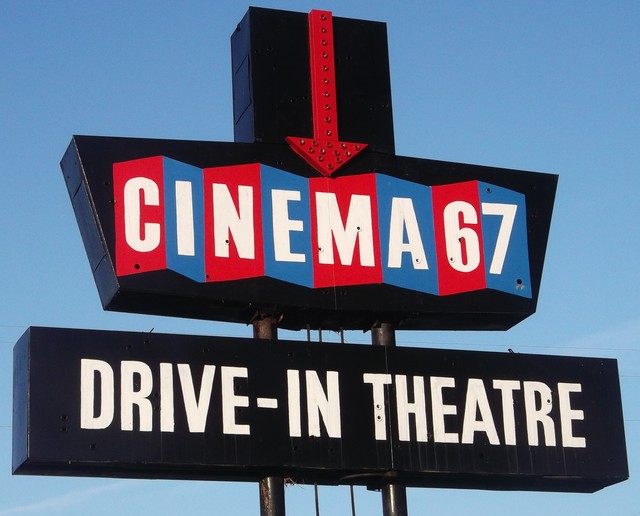 From their website: All New Digital Projection and Sound

The Oct. 19, 1957 issue of BoxOffice gave us an approximate opening date and the reason for the drive-in’s first name:

“SPENCER, IND. – Charles E. and Charles P. Records of Bloomington, Ind., have opened the Records Drive-In at the junction of state roads 43 and 67 five miles north of here. The new drive-in accommodates more than 400 cars, has an all-steel panoramic screen.”

A 2013 article in Indianapolis Monthly told the story of Jon Walker, who bought the old Records “40 years ago” (1973?) and changed its name “in honor of the state highway”.

The drive-in’s first appearance in the Motion Picture Almanac’s drive-in list was the 1960 edition, capacity 500, owner “Phil Records by Pete Fortune”. In 1962, it was Phil Records by Indianapolis Co-op, and the 1963-66 MPAs listed Ora Sparks in charge.