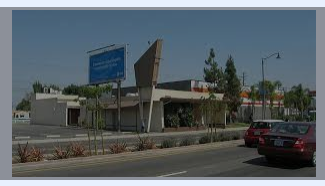 Opened as the R & X Mini-Cinema in 1973 screening R Rate & X Rated movies. Later in 1973 it became the Atlantic Mini-Cinema screening family movies. On September 14, 1973 it went back to X-Rated features as the Backdoor Cinema. It went thru a couple more name changes screning adult movies until it became the Front Door Adult Theatre, was one of the few remaining adult theatres in Southern California. It was located a few doors down from the old Atlantic Theatre.

if there are any other theaters in long beach that allow what the FDT did..let me know…and DanSmith you have a good idea there to…Loveitall…i would like to chat and possibly hook up with you 2

I know its a ways away but i found a theater in Bakersfield, sits approx. 25=30 good place to JO..if you would like to know more e-mail me at name it interest in theater

The Front Door’s neighboring Atlantic Theater is not long for this world, apparently.

I really miss the Front Door as well. As a female, I felt comfortable going there by myself because the staff was cool. I never was bothered by any of the customers, everyone was there just to have a good time!

Yes if anyone knows of another theater please tell me. Damn these things used to be sooo fun.

good movies but the bathroom always smelled like bad urine,,i turned to my left 8guys jerking to each other disgusting and i was drunk

I love how I went here as a teen and they never carded me. WOW the memories

I enjoyed going to the Front Door a lot, finding the people there friendly, welcome to being with others, not demanding. I miss it a lot!

The R & X Mini-Cinema launched with R and X rated films in 1973. It was rebranded later that year as the Atlantic Mini Cinema celebrating its re-grand opening with a double-feature of Charlotte’s Web" and “Willy Wonka and the Chocolate Factory.” The mini cinema was a sub-run, discount 99 cent and 49 cent (kids) that stumbled out of the gate.

On September 14, 1973 it became The Backdoor Cinema with double-features of X-Rated films. It switched back to the Atlantic Mini-Cinema with live shows added to the X-rated film content. On January 14, 1974, its policy changed under the name of the Atlantic Mini-Cinema Theatre Club. Under new operators, it rebranded as the Front Door Adult Theatre featuring three hours of adult film content. The theatre found its audience and became a mainstay.