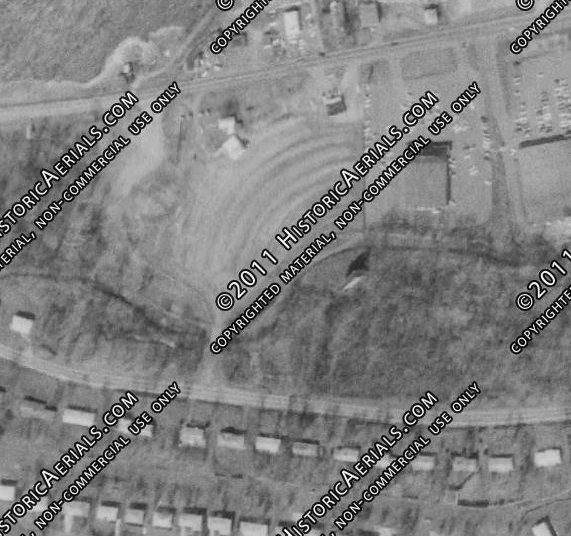 The Super 40 Drive-In opened April 8, 1950 with Sylvia Sidney “The Trail of the Lonesome Pine”. This single screen drive-in had a capacity for 450 cars. The Super 40 Drive-In closed October 29 1961 with James Darren in “Gidget Goes Hawaiian” & “The Empress Princess”. It was demolished in March 1962.

Above address is now McDonald’s. The freeway ramp west of this to the shopping roughly about ½ block to the east is where the drive-in stood.

The correct address was 1230 National Hwy. There is a shopping center with a Mr. Tire and a Staples currently on this site.

jwmovies is referring to the Crystal Drive In. Only an A&P Market and Laundromat separated both drive ins at one time!

On April 8, 1950 and the Super 40 Drive-In Theatre had its grand opening with “The Trail of the Lonesome Pine.” They had free popcorn while casting moon beams with their continuous lighting. You could watch the movie from the snack bar. The theatre closed on October 29, 1961 with “Gidget Goes Hawaiian” and “The Empress Princess.” It’s final duty was a lot for a Christmas trees in December of 1961 and then would be demolished in March of 1962 for a Miracle Mart, a fledgling national chain of retail stores. And the Allegany County Tax Collector came calling for back taxes later in 1962.