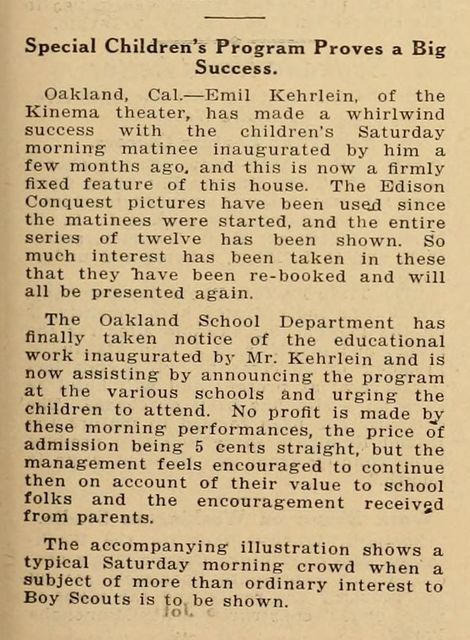 The Oakland Photo Theater, constructed by the H.C. Capwell company, opened on December 16, 1911. It was built for T & D Jr. Enterprises. Following renovations it was renamed Oakland Kinema Theater on January 27, 1917, reopening with Nazimova in “War Brides”, but it closed later that year.

The Oakland Photo Theater’s architect/planner was Charles W. Dickey (who also designed the Claremont Hotel). It was demolished by Capwell’s in 1922 for a larger commercial building, also since demolished.

The March, 1917, issue of the Pacific Gas & Electric Company’s house organ, Pacific Service Magazine, featured an article about the Kinema Theatre, with one photo. The house had reopened as the Kinema on January 27, 1917, under the management of Emil Kehrlein.

It looks as though either this Kinema was operating after 1917, or there was a second Kinema in Oakland. This web page features a number of theater cards advertising both the Kinema and the Franklin theaters. Only one card, from 1917, gives the location of the Kinema, but the fact that so many list both the Kinema and the Franklin indicates that the whole set came from Oakland (there is also one card from the T& D Theatre,) and they are dated as late as 1920.

Wider, crisper version of the Oakland Photo Theatre added from the “Theatres of Oakland” book by Jack Tillmany & Jennifer Dowling.

I’ve found more mentions of this house in the trade journals (Moving Picture World July 1, 1916; Motion Picture News April 7, 1917) and in the newspapers (The San Francisco Call October 30, 1912; Paramount Pictures ads in the Mill Valley Record various issues in June, 1916) as the Oakland Photoplay Theatre than as the Oakland Photo Theatre (San Francisco Call July 22, 1913; The Edison Kinetogram September 1, 1912.) The vintage photos do all show both “Photo” and “Play” on the marquee, separated by the name Oakland Theatre. Butt hen it did get listed as the Oakland Photo Theatre in the 1916 Polk guide. It would be helpful if someone could find one of the weekly or monthly programs the house probably issued,or at least a display newspaper ad for it.

This opened on December 16th, 1911. Grand Opening ad in the photo section. 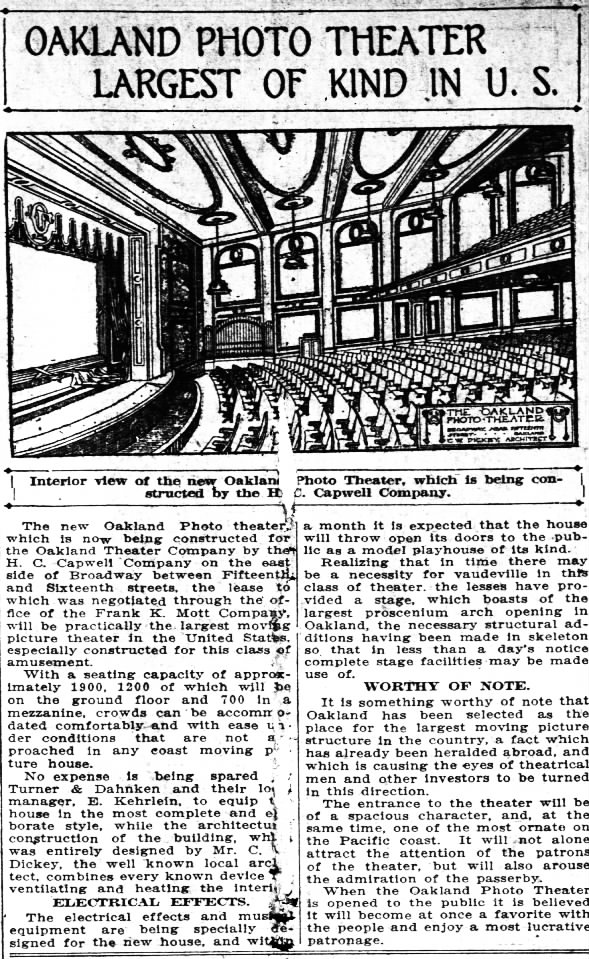 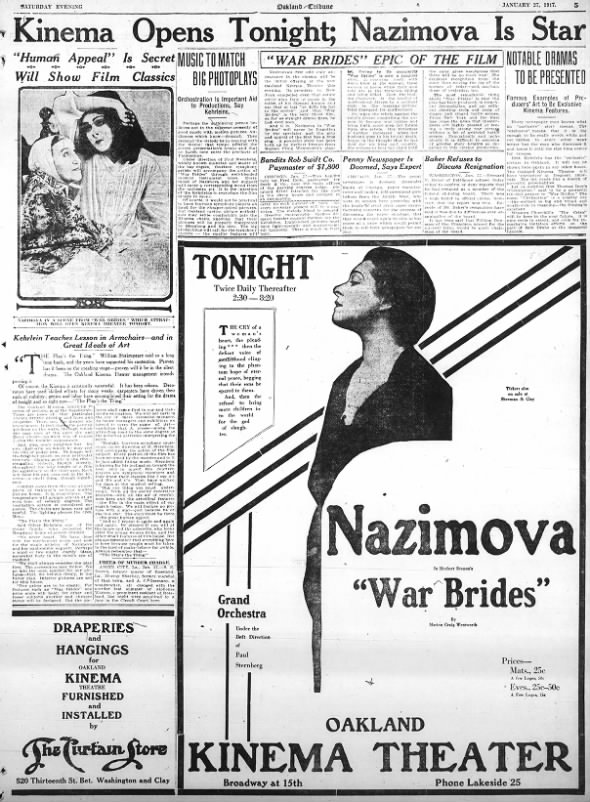