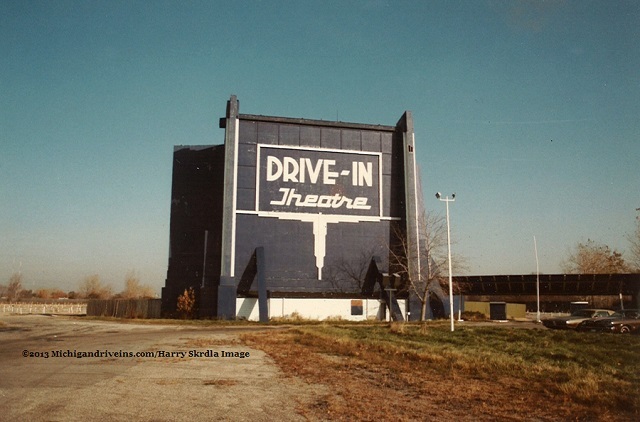 The Westside Drive-In was one of the earliest drive-ins to open in the Detroit region, and could accomodate 700 cars. The opening movie on April 26, 1940 was John Wayne & Claire Trevor in “Allegheny Uprising”. It was operated by General Cinemas.

The drive-in was also known as the 8 Mile Drive-In. Its last operator was Wisper & Wetsman and it operated until 1984. It was demolished later that year to make way for a lumber yard (which itself is no longer in operation).

This drive-in along with the Eastside, Dearborn and Ypsi-Ann Drive-Ins were operated by General Cinema Corp. for many years, until they sold them in the 1980s (Ypsi-Ann was sold in the mid 70s). Since the company had several with the same name, this was known on the company rolls as Detroit-West, and the Eastside was known as Detroit-East.

The Westside in Cleveland had an idential screen tower: http://cinematreasures.org/theaters/7765/photos/78618

After comparing it to the 1984 photo I just added, I question whether this photo on drive-ins.com is actually the Westside: http://www.drive-ins.com/pictures/mitwes2002.jpg

This site is now B&B Windows & Doors, and Weathergard.