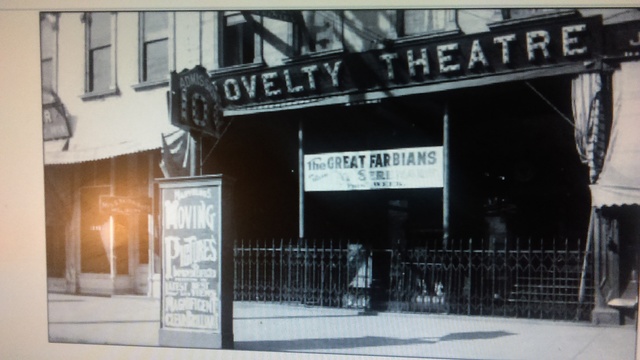 The Novelty Theatre opened September 22, 1904. “Always to Lead” was the motto of President and General Manager Tony Lubelski. At the time of its opening, it was claimed by a newspaper article to be “the most attractive and best-appointed vaudeville house in the United States”. A part of the theatre featured a penny arcade consisting of over 7,500 square feet said in an article in the Oakland Herald (12/22/1904) to be “the largest of its kind on the Pacific Coast”. It was intended for patrons to enjoy themselves between performances.