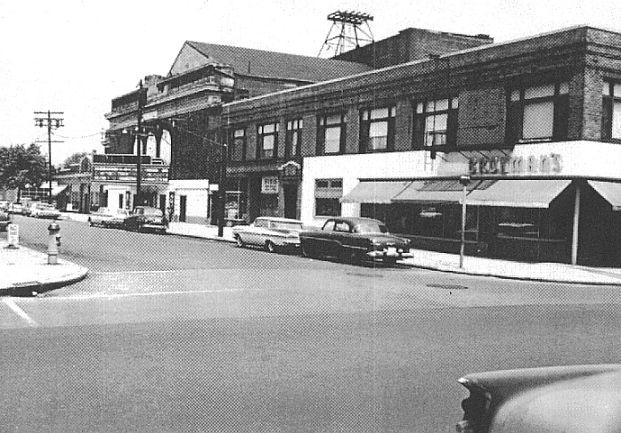 A second run Newark house owned by the late Madelaine Kridel which fell victim to the blight caused by the infamous Newark riots and closed in the late-1960’s.

I think this is the building that housed Cornerstone Church and Positive Proof Ministries from 1989-1993.

I believe it was once, then it was put up for sale and a spanish congregation bought it.

Here is an undated photo of the church:
http://tinyurl.com/5k6j2e

TC is that a flyer and where did you found it? also is it possible to have it bigger? Thanks!

Hi, if anyone has any slides, photos or films of the Plaza Theater, the Tivoli Theater or any of the downtown Newark movie palaces, please contact me. I’m making a documentary and cannot find much material on these theaters. Have found a few slides, and would be willing to share the scans with anyone who can help. I’m a filmmaker who was born in Newark, and attended all the theaters. Please respond to my direct e-mail address:
Thanks, Ron Merk

Hi, I’m still working on my documentary about Newark and the wonderful movie theaters that I attended in my youth during the late 50s and early 60s. If anyone has any photos or film of the Plaza, Tivoli or downtown movie palaces, please contact me at . Thanks so much. By the way, dropped by the Plaza one Sunday morning a few years ago, and was invited in my the church people. I was pleased to see that they have taken very good care of the interior. Spent many Saturday afternoons here as a kid. Thanks, Ron Merk

I have recently made contact with the granddaughter of one of the owners of the theater, Harry Aaron Kridel (who owned numerous NJ theaters) andthe last operator of the theater, his daughter, Madeleine Kridel) and have been given access to photos of the theater, and family members. But the real “cinema treasure” is that the family had 16mm movies of the front of the theater, and of a float in the Roseville Punkin' Parade advertising a “horror show” at the theater, and some footage of “monsters” in front of theater. Most in black and white, but some in color. This material is perfect for my documentary film. But I’m still looking for material on the Tivoli as well as downtown theaters. Moving images really needed, but stills or slides will also be fine. Please help if you can.

This item from the February 17, 1915, issue of Engineering and Contracting could be about the Plaza Theatre:

“A theater costing approximately $100,000 will be erected by Edward W. McDonough on N. 7th St., near Orange St. Plans have been prepared by Henry Baechlin, architect, 665 Broad St., city.”

If Baechlin’s plans were used for the project, the theater should have opened by mid-1915, but I’ve been unable to find an opening date.

This item appeared in The Music Trade Review, 1915: