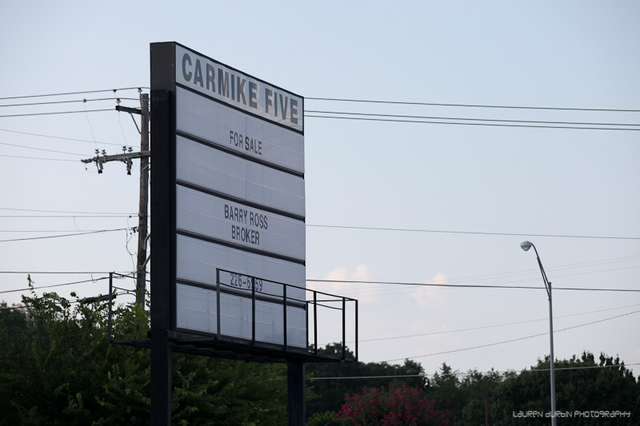 Opened as a Jerry Lewis Twin Cinema. The Carmike Cinema 5 had five screens and showed first-run films. It was closed in 2011 and has been demolished.

This theatre was built as a Jerry Lewis Twin. Video Independent Theatres of Oklahoma City bought it under construction and opened the theatre. Video Theatres was sold to Martin Theatres of Georgia in 1984. Martin Theatres became Carmike Cinemas and Carmike added three screens to the complex.

Here is what this cinema looks like now,
View link

This theater is now closed. It has been replaced by a newer Carmike 8 one exit to the north on 12th Avenue.

This theater has been razed. Its just an empty lot up for sale.