Theatre of the Living Arts

Theatre of the Living Arts (Official) 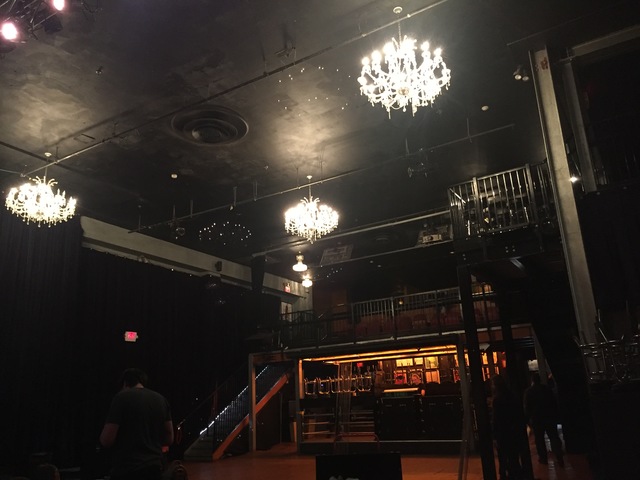 By the early-1950’s it was again known as the Theatre of the Living Arts (aka TLA), and was a legit repertory theatre founded by Anne Ramsey (“Thro Momma From the Train”) and her husband Logan. It later became THE revival house in Philadelphia during my childhood in the 1970’s. My very fond memories of the place include seeing Three Stooges shorts for the first time on the big screen and with an audience, and seeing a Bogart double feature (“To Have and Have Not” and “The Big Sleep”) with my eighth grade (Wilson Junior High School) English teacher, her husband, and another film buff classmate. TLA also ran “The Rocky Horror Picture Show” at midnight on Saturday, where I saw it for the first time on a date in 1977.

I also believe it became a nightclub sometime after the 1970’s and was then Fillmore at the TLA.

I’m not in Philly much anymore, so maybe someone can help me out with the far and near history of the structure.

My fondest memories of this theater was my first attendance at it to see John Water’s “Pink Flamingos”. I also remember seeing “The Boys in the Band” for the first time at this establishment. I also took my Mom to see “Rocky Horror Picture Show” there. She got the biggest kick out of all the audience participation there. At the time it was “The” place to see the film. I’m glad to see that it’s still standing.

New York Times:
Compiled by BEN SISARIO
Published: June 11, 2008
Last year Live Nation, the giant concert promoter, renamed a handful of clubs and small theaters around the country to give them a unified brand: Fillmore, after Bill Grahamâ€™s famous clubs in San Francisco and New York. In Philadelphia the Theater of the Living Arts became the Fillmore at the TLA, and in New York, Irving Plaza became the Fillmore New York at Irving Plaza. The Philadelphia club has now reverted to its old name, but Live Nation said it had no plans to change the name of the New York club. â€œAlthough Fillmore is a valuable and powerful brand, which we remain committed to,â€ the company said in a statement, â€œthe fans in Philadelphia made it known to us that the Theater of the Living Arts was a more relevant name in their local community.â€

My first trip to the TLA was a memorable one- a dark-to-dawn New Years Eve film festival, sometime in the mid-1980’s. A dreamlike experience, half awake at times, as one film blurred into another- “The Trip”; “Reefer Madness”(?); some Elvis film substituted as a last minute replacement (why haven’t his films gotten the ‘Rocky Horror’ or MST3K treatement is beyond me); and my favorite of the lot- “Zardoz”. Dozing and waking at odd times througout the night; staggering to either the restroom or concession between shows; an audience member who felt compelled to announce it was midnight during the middle of the movie running at the time, then responses of ‘So what?’, ‘Who cares?’ and ‘Shut up!’ coming in rapid succession afterwards. Then finally taking SEPTA out of town and walking back to Elkins Park in the grey wet dawn of the New Year. I only went one other time- I only got to go while visiting a cousin who lived in the area, but I’d often inquire what was showing and what he’d seen there lately, vicariously enjoying and appreciating the enriching diversity of the TLA’s bill of fare. Too bad it no longer exists in that incarnation; every town needs a place like the TLA was back then.

Circa 1987, TLA switched from movies to yet another theatrical company. The first production was “Little Shop of Horrors,” for which Audrey II, the killer plant, was painted all over the facade! The stage version of “Rocky Horror” also ran there a few times, and in the late 1980s there were a few rock-themed film festivals.

I saw BROTHER FROM ANOTHER PLANET and ALLIGATOR on a double-feature during their John Sayles retrospective at the TLA. Fun little theater.

I remember going to see Das Boot here when I was a kid. The TLA video store was one of my favorite video stores ever too…

During the 1980s, I took the el into town many, many times to go here. They had broadsheets with pictures showing their film schedule for the next three months and I had several on my bedroom walls. My first viewing of Casablanca was on a big screen because of the TLA. Also, my first midnight show with Rocky Horror, Fellini, Stop Making Sense, dozens of others and many were double bills if I remember rightly. That dinky little snack bar where you could get hot tea or coffee. And no sneaking food in, even though there was a popcorn store next door! Great place. Great memories.