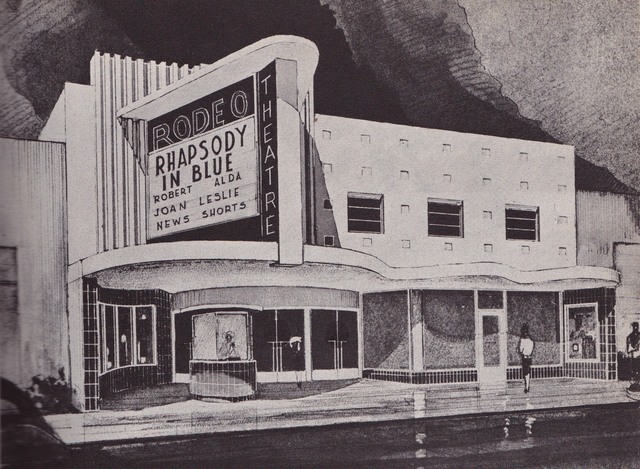 Planned as the Rodeo Theatre, it opened as the Teatro Plaza on March 24, 1951. This was yet another theatre in the downtown area owned by the Friedrich Family.

The theatre building still stands at 140 Pajaro Street and is in magnificent condition. The building was totaly rehabilitated by the Apostolic church that has been using the theatre for several years.

The Plaza was still showing movies (in Spanish) in 1983. I remember exploring theatres in downtown Salinas at this time.

The L.A. Library’s California Index has a card citing a theater catalog (no publication date given) which contains an illustration of the plans for the Rodeo Theatre in Salinas by architect Vincent G. Raney.

Vinecent Raney was an architect who really spanned the decades and styles of movie theatre design. The rather typical, but very attractive Court theatre in Livingston is his—late 1930s, and he designed the streamlined Rita in Vallejo for the Syufys, and would later become their architect for the Century domes of the 60s and the multiplexes they would build into the 1990s. Raney was indeed the man behind the Century look, from the architect’s standpoint.

Architect Vincent Raney’s rendering of the facade of the proposed Rodeo Theatre was presented in the “Just Off the Boards” feature of Boxoffice Magazine, January 5, 1946. There’s also a head shot of the architect.

The 1945 Edition of Theatre Catalog shows both a rendering and floor plans of the Plaza from Raney’s drawing boards, though the theatre was originally to have been called the Rodeo. The facade as seen today is nothing like it was originally designed, though when I first saw it and it was still running movies, it was much like what is seen today.

Hi, does anybody have any information on why the Plaza began to show Mexican films? This is for research purposes. Thanks.

This opened on March 24th, 1951 as Plaza and closed in 1984 showing Spanish and Mexican movies. Grand opening ad posted. 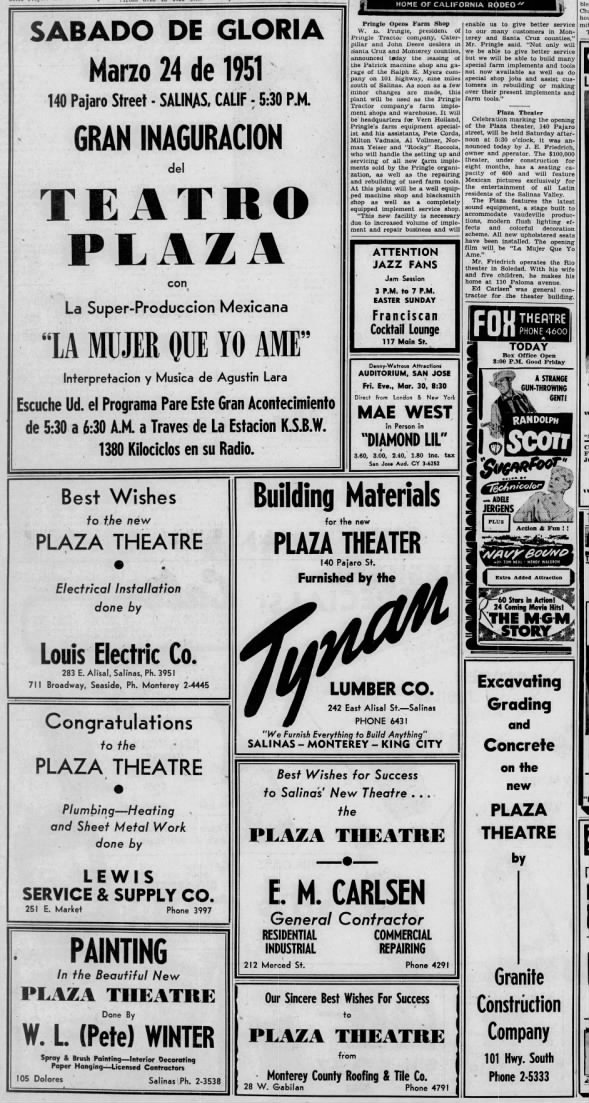