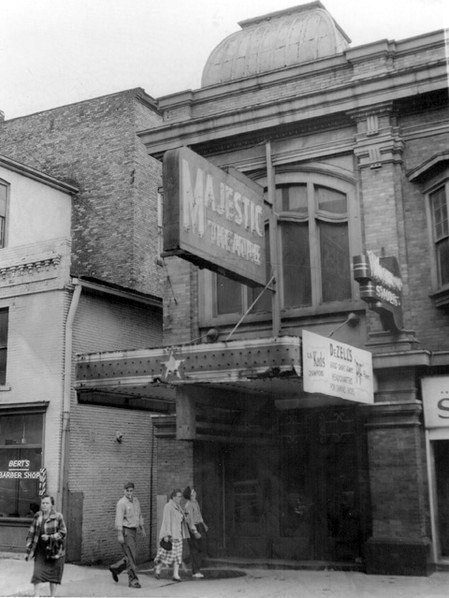 The May 15, 1920, issue of Exhibitors Herald noted that the new owner had big plans for the Majestic Theatre:

“Majestic Theatre at Port Huron Is Added To Butterfield Chain

“PORT HURON, MICH.— The Majestic theatre here has been purchased by W. S. Butterfield, Battle Creek, president and general manager of Bijou Enterprise Company. Mr. Butterfield recently opened the Regent at Flint and is constructing a $500,000 house at Lansing.

“Included in the purchase from John G. O'Neill Realty Company are the 1,400-seat theatre, four stores, eight office rooms and an adjoining plot of ground. The property is in the heart of the business district and has a street frontage of 150 feet.

“Between $30,000 and $40,000 will be expended this summer in remodeling the playhouse. The management will play a combination program of pictures and vaudeville.”This was not W. S. Butterfield’s first involvement with the Majestic. The April 1, 1911, issue of The Billboard reported that Butterfield’s Bijou Amusement Company had leased the Majestic Theatre in Port Huron for a term of years, and the house would begin playing vaudeville that week.

R. M. Glowczewski, commenting on Water Winter Wonderland’s page for the Majestic says that the house originally opened on April 7, 1906, closed in May, 1952, and was demolished over a number of months in 1958-1959. He also says that it was remodeled in 1936, at which time the gallery was removed. That would certainly have reduced its original seating capacity of 1,500.