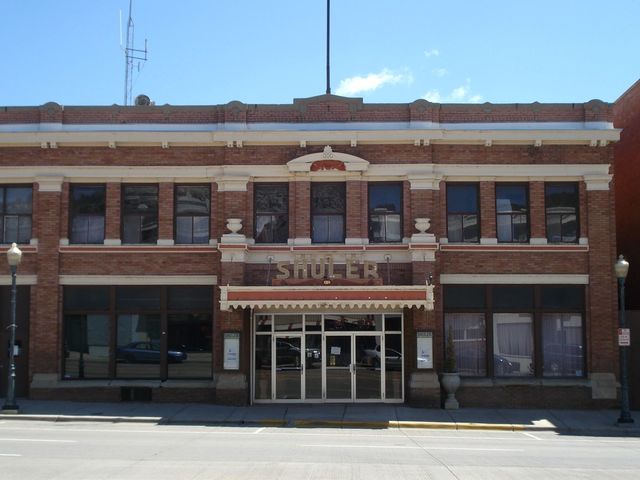 The Shuler Theater opened on April 27, 1915 in the city hall in downtown Raton, and was designed by architects Isaac H. Rapp & William Rapp of Trinidad, CO. It was named after Dr. James Jackson Shuler, an early 20th century Raton mayor. It was originally called the Shuler Auditorium and presented opera, legitimate theater, concerts and other forms of live entertainment. Later, the Shuler Theater became a movie house but by the 1950’s had closed down.

The description is incorrect. The theater is an auditorium in the old city hall, which was built during the administration of Mayor Shuler. It was NOT built for him. The project went way over budget, and was apparently so divisive that Mayor Shuler and the city council fled town briefly. After Shuler died, the theater was renamed in his honor (there is a plaque to this effect in the lobby).

According to the NRHP listing, it was briefly called the Rex, until Shuler’s death (which seems to have been in 1919).