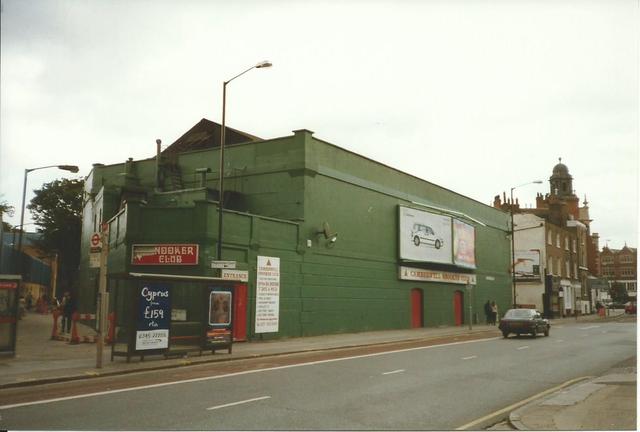 Located on the southern end of Camberwell New Road, opposite Warner Road in the south London district of Camberwell. The New Grand Hall was originally built as a function hall and was also used for roller skating. It opened as the New Grand Hall Cinema Theatre on 6th December 1909 with F.W. Purcell as managing director. Noted theatre architect Frank Matcham was involved in the conversion of the building.

The Grand Cinema closed on 14th January 1968 with Yul Brynner in “Kings of the Sun” and Richard Bakalyan “Paratroop Command”. It was converted into a bingo hall which in 1983 had become a snooker club, a use it retained for many years, finally becoming Juno’s Camberwell Snooker Club. The building was demolished in late-April 2014.