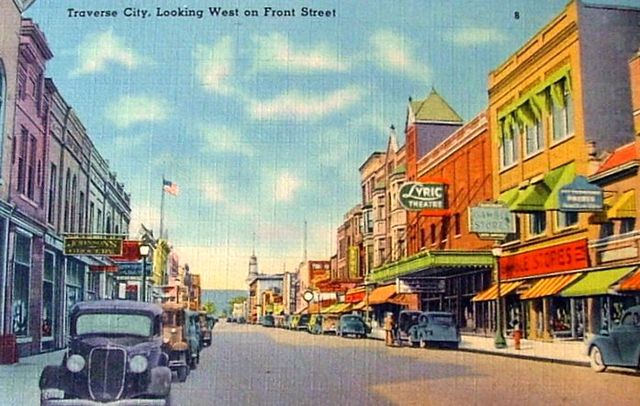 Here is a 1945 ad from the Traverse City Record-Eagle:
http://tinyurl.com/3cmpwx

An article in the December 18, 1923, issue of the Traverse City Record-Eagle indicated that the second Lyric Theatre was an entirely new building, saying “[a]ll of the walls are new, none of the wall space of the old Lyric being used in the new structure.”

In short, I suspect that steelbeard1 was correct in saying that the Lyric (the second Lyric) “became” the State Theatre. The 1923 Record-Eagle article especially noted the fireproof construction of the new theater, so I think it very likely that the walls, and perhaps even the roof, survived the 1949 fire and are part of the State Theatre today.