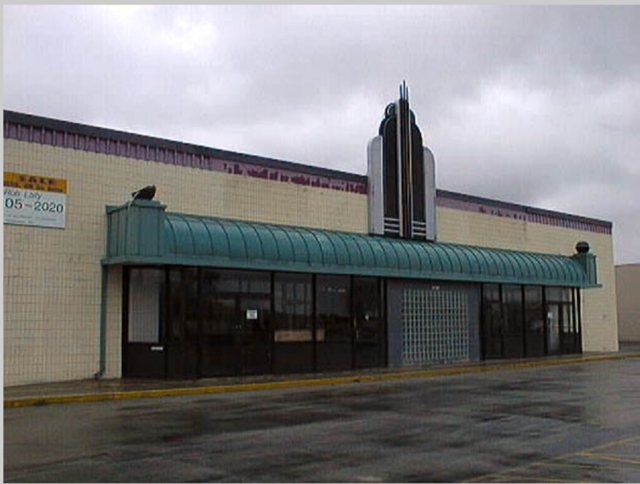 The Marc 3 Cinema building sat vacant for several years before being converted and renovated into a banquet hall.

I was working for Marcus at the time. I would say the theatre closed in the late 90’s, perhaps 1997. In the last 10 years of operation, the theatre did very poorly. In the end it screened more of the art/independant films, or other films that weren’t expected to do business. The theatre was very nice, with one very nice sized auditorium. However, it lacked customers. With the coming of Regal cinemas to town, the Hollywood expanded to 11 screens at the time, and the Marc finally closed. The building sat vacant(actually it was a warehouse for old theatre junk) for a few years before being converted to a banquet hall.

This opened on March 20th, 1972. Grand opening ad in the photo section.