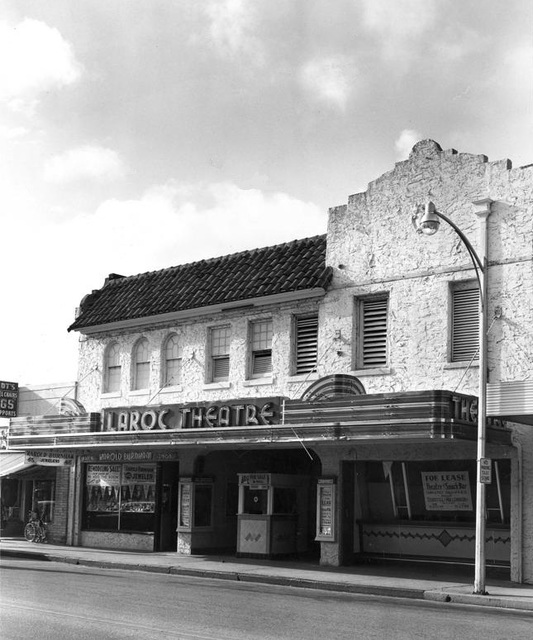 This theatre was once part of both the Paramount and Fox theatre circuits.

Where on Clematis at 413 was the Palace location? And what is there now?

The Palace might have been the projected house mentioned in the June 22, 1922, issue of Manufacturers Record

The March 5, 1923, issue of Motion Picture News ran a long article about the Stanley Theatre. The house, which had opened on November 11, 1922, was designed in the Spanish style by architect Bruce P. Kitchell. Kitchell, who originally practiced in Newark, New Jersey, later moved to Palm Beach and was for a while an associate of Addison Mizner.

Here is a scan of the article from the Internet Archive. Scroll down to see three additional photos of the house on the subsequent page of the magazine.

ANOTHER NAME WAS LAROC THEATRE WHICH IS CORAL IN REVERSE.