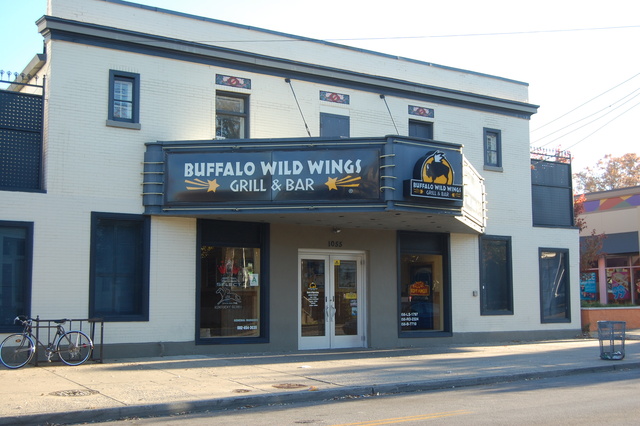 Opened in 1923 as the Baxter Theatre. By 1941 it was operated by Fourth Avenue Amusement Co. In April 1947 it became the Airway Theatre and was operated by Y & W. Management Corp. A neighborhood theatre that was showing double features in 1960 when I visited Louisville.

April 28th, 1947 first ad in photo section. Did not spend much on its grand opening ad.

Was the building down the street currently occupied by ACS Computers LLC at 1120 Bardstown Road ever a movie theater? The sign above the door is shaped like a marquee. (Check it out using Google Street View.) I can’t find a listing on Cinema Treasures.

The Baxter Theatre dates to the early 1920s. The October 12, 1922, issue of Manufacturers Record had this item: