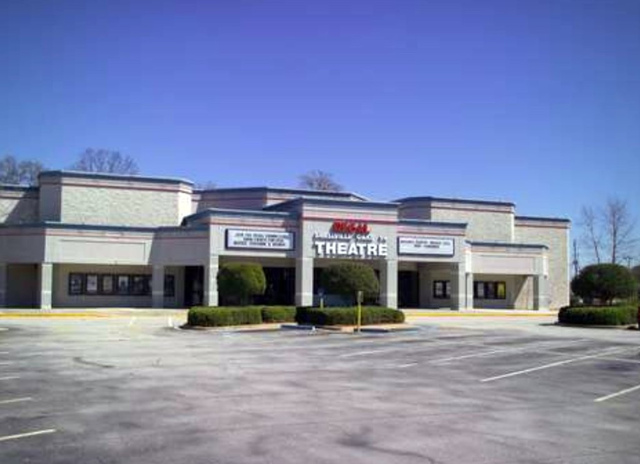 My sister and many of my friends used to work here. All the managers who’s worked here for some times will tell you crazy ghost stories about this place. It seems to mainly be haunted upstairs. All the machines would turn off by themselves at times. Theres a story about a man and a suitcase who roams upstairs. I don’t know the full details about this story other then a few managers have seen him. Perhaps somebody can finish that story. My sister(she was a manager there) would go see movies by herself sometimes during the afternoon weekday dead hours. She usually seat near the entrance when she was by herself. She claims that sometimes she would walk and sit into a theatre knowing she was the only one in that room, only to turn around sometimes during a movie and realize theres somebody else watching near the top row. When the movie ends, she looks back and nobody is there. She did not see anybody enter or leave the room. Now remember, she always sits near the entrance. She also had an incident during a blade 2 movie where her seat was shaking violently with no one else in the room. One night after they closed, the closeout crew went to the Waffle house right by the theatre only to be conforted by an old lady who claims the theatre was built on bad land. The closeout crew of course laughed at her, cept for the few that did experience happenings before. It just freaked out my sister more. Theres actually a whole lot more odd and unexplainable stories to tell but i’ll leave it at that. But trust me, this theatre is haunted. Its not very haunted, because the only people who expereince these are usually long time workers and workers who worked upstairs. And by the way, anybody remember the local haunted house by the theatre. It was called Blood Oaks. Had a very creepy house hidden among the trees.

Been open since the early 90’s….flat seating and updated in late 90’s to Stadium. I worked there for about a year when I was 16 and like most people who worked there grew tired of the manager named Miss B. It was very popular in the mid 90’s. The ticket line would be wrapped around the building. Nowadays on a Saturday night you can drive by an count the cars in the parking lot. When the Regal IMAX at Mall of GA opened it began it’s slow decline. It sits in the heart of the city in an Abandon Wal-Mart shopping center. In the peak days of this theater there was a Wal-Mart presuper center era and in the strip was a Dollar Store, Radio Shack, Comic Book Store, Tanning Bed, Nail Salon, Hair Salon, All you can eat Chinese Buffet, A family owned Italian Restaurant, A Waffle House, A Dunkin Donuts, and a Cafe called Main Street Cafe and at times when the fair would come to town it was use the same parking lot. But, Business moved to the other major street in the city. Wal-Mart shut down and soon after the businesses in the strip. Wal-mart Supercenter opened up and a Target and with the Target came a Carmike Cinema and the two theaters were forced to share opening movies. So it was a 50/50 on what movies were playing at what theater because they where so close to one another. For years now Regal has sat alone and from insider knowledge I hear Regal renewed the lease until 2018. However, Carmike is building a IMAX Dinner theater just across down….State of the art…..and they are leaving the old one open for smaller shows and special screenings. So Regal doesn’t stand a chance. The inside was never really updated other then a paint job and it was terrible colors for a theater. Anyone who ever worked there knew the story of the Ghost and the mean old hateful manager named Miss B aka Becky. She was a bitter old woman who smoked about 3 or 4 packs a day and no matter what you did you could not impress her. She was the kind of manager who would open a package from UPS of promo buttons for a big movie and throw them away saying its a waste of time. A man named Billy was the main manager for years but he saw the iceberg ahead and bailed. Within another 2 to 3 years this will be an empty building and then the city will have a reason to demolish the lot because it is all that stands other then a little junky thrift store. It has a beautiful boarder around the lobby I will try to get there an take photos of it.

According to Gwinnett County property records, this theater was built in 1994. 5/31/96 was the date that Regal aquired this from Storey.

Sad to say, this theater is now closed.

I was passing by there on Saturday and I saw a trailer that said “Lewis Theatrical Installations” on it. I’m hoping and crossing my fingers for a 2nd run/$1 theatre soon!

NCG Cinemas is taking over.

Looks just like Regal/Storey’s Delk 10. Seems like Storey was the last of the bigger local operators when they sold out to Regal, I never visited this location but the Delk was nice for a build of that era.

The theater has officially reopened today by NCG.

This opened on December 16th, 1994. Grand opening ad in the photo section.