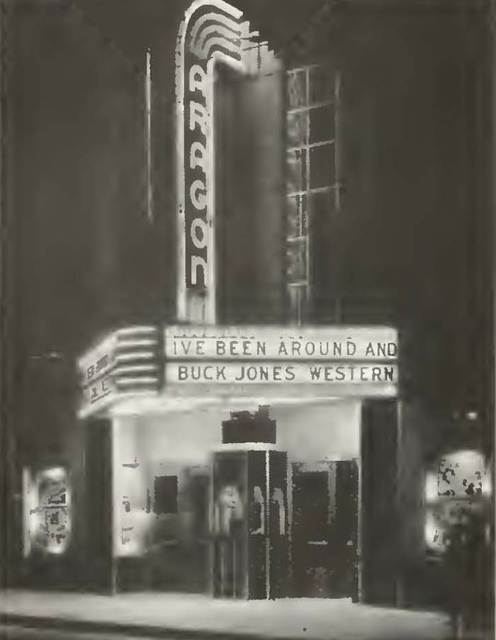 The Avenue Theatre was opened prior to 1916. By 1941 it had been renamed New Aragon Theatre. In 1950 it was renamed Pix Theatre

The Pix was originally the Avenue and later was remodeled and called the Aragon. In 1950 the owners of the Aragon who had built a new theater, the Airway, further south on Howell Avenue sold the Aragon to new owners who changed its name to the Pix. When the Pix closed it became a dance club. When the dance club closed the building was demolished.

I saw it open in 1961, showing “World Without End”. The added-later polychrome facade was attractive. The lot is still vacant today.

The Avenue was being operated by Milwaukee movie theater pioneer Henry Trinz when it was mentioned in the November 4, 1916, issue of Motography, which described the house as a “Neighborhood theater, catering to a middle class.”