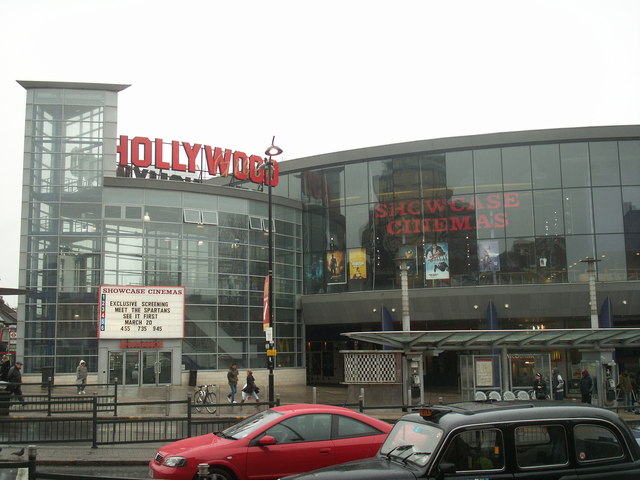 Located in the north London district of Wood Green, opposite Wood Green Underground Station, on land now known as Hollywood Green. Originally this was planned as a Hoyts cinema, but that Australian based chain pulled out of the UK. After being built it lay empty for some time until a new operator could be found. Showcase Cinemas opened the building on 11th September 2001.

The entrance and foyers are well designed in a modern style and have an open glazed appearance.

It was closed on 2nd December 2009, to be upgraded with all digital projection, 3D capabilities and luxurious VIP seats. Now owned by the Vue Cinemas chain, it re-opened on 17th December 2009 as the Vue.

Notable until recently for its popular ‘Cheap Day Monday’ screenings, which at £3.95 (2011-12 price) were some of the cheapest in London. These ended in about October 2012, a similar (though slightly more expensive) ‘Super Tuesday’ scheme, mirroring Cineworld, runs as of November 2013.