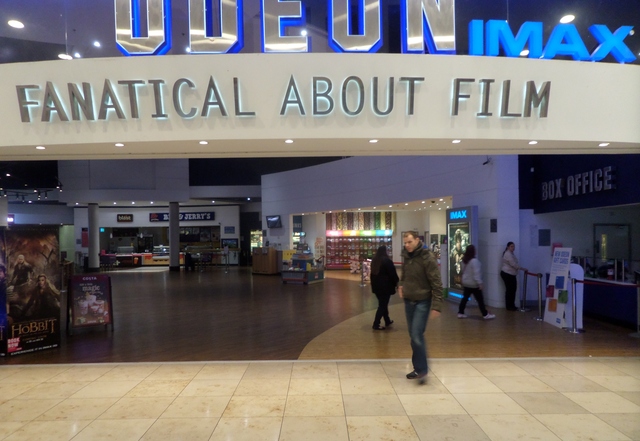 This Odeon multiplex cinema opened on 9th March 2001 and is located on the second floor of The Chimes Shopping Centre, in the middle of the High Street. It replaced the earlier Odeon (1990-2001) which was in itself a replacement to the original Oscar Deutsch built Odeon (1938-1984). These two previous Odeon’s were located at the end of the High Street.

Seating capacities in the Odeon screens ranges from 421 down to 157. The Odeon has a Licenced Bar for its patrons.

In 2021 the cinema featured as a location in the Netflix LGBT drama “Heartstopper”, based on the books by Alice Oseman, starring Joe Loche & Kit Conner. The characters go to the cinema in episode 7 “Bully”, and both internal and exterior shots can be seen. Another scene was filmed on the roof of the car-park.