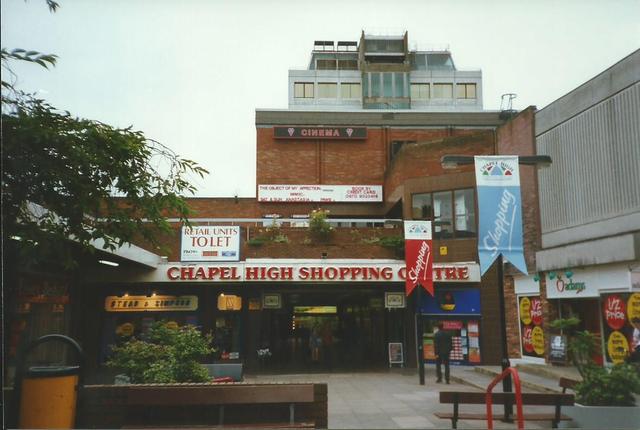 Located in Brentwood, Essex. The Focus 1 & 2 Cinemas opened in 1974. They were built into the new Chapel High Shopping Centre which incorporated the site of the former 1935-built Odeon Theatre.

The Focus 1 & 2 were purpose built twin-screened cinemas seating 300 and 196. By 1984 they were part of the Classic Cinemas chain. They were taken over by the Cannon Group and re-named Cannon Cinemas and later became part of ABC Cinemas and re-named ABC.

In the late-1990’s ABC were taken over by Odeon Theatres, but the ABC Brentwood retained the ABC name. Asbestos was found in the building and Odeon closed it down in August 2000. Since then it has remained empty and unused.

Photographed as the Classic Cinema in 1984:
View link