Previously operated by: B & B Theatres, Studio Movie Grill 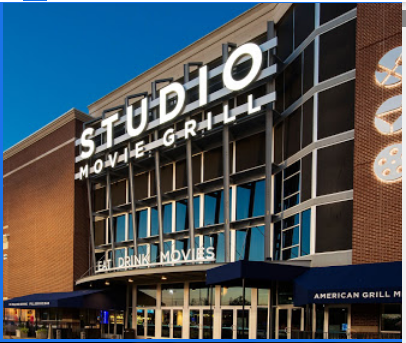 This was an IMAX theatre that opened with much fanfare in August 2006. After the parent corporation suffered heavy losses, having spent eight million dollars before opening, the theatre closed in January 2008. It was reported that some patrons were still buying tickets online after it had closed, unaware that the theatre was no longer operating. It reopened in December 2008 as the Colleyville Cinema Grille & IMAX. In May 2014 it was taken over by Studio Movie Grill, and the IMAX screen has been decommissioned. It was closed on March 16, 2020 due to the Covid-19 pandemic. It was announced in January 2021 that Studio Movie Grill had gone out of business and that the closure would be permanent.

The grand opening ad is at View link It opened on October 13th, 2006

6.5 million USD and it is yours View link

On Sept. 12, a Labor Department investigator showed up at Baldridge’s Dallas office in hopes — unsuccessful that day and since, according to court documents — of retrieving a number of documents related to a 401(k) plan tied to one of his companies.

About a week before Christmas, the theater owner was arrested again. Police noticed that Baldridge driving his silver four-door Lexus on the wrong side of the road.

He was stopped in the theater parking lot just after midnight and charged with driving while intoxicated. He spent the next 12 hours in jail.

Woodward showed up for work at the Metro Cinema on Jan. 18, one day after the Texas comptroller’s office seized a few computers and point-of-sale machines for nonpayment of state taxes. Without the machines, it was impossible to sell movie tickets, Woodward said.

So, he and a couple of other managers tried to call Baldridge to find out what to do next. They couldn’t reach him.

Without direction, Woodward and another manager printed signs at a nearby Kinko’s and taped them to the door, telling customers that the theater was closed indefinitely.

Even when times looked tough for the theater, Baldridge had remained positive, Woodward said. He was fond of telling employees, “I’m not going anywhere.”

“I had that gut feeling, ‘This probably isn’t going to be around much longer,’” he said. “But it definitely happened a lot sooner than I thought.”

This is a multi-screen theatre. This article from the time of construction told of six screens, plus two screening rooms which could accommodate up to 50 patrons. Total seating was to be 1100. This LoopNet listing of the property describes it as having eight screens, but gives seating capacity as approximately 980. Architect was a Dallas firm, Hodges & Associates.

Here’s an article from about the time of the opening, with photos.

This cinema has reopened in December, 2008 as Colleyville Cinema Grille
Grand opening ad at View link and website at http://www.colleyvillecinema.com/

Four Photos of the Colleyville Cinema can be seen on this page of the web site of the theater’s architects, Hodges & Associates.

This theatre was taken over around 2010 by the Midwest chain B & B Theatres. In early 2014, B & B closed it, supposedly because of poor food service. In late May 2014, Studio Movie Grill reopened it but apparently, the IMAX was decommissioned—-although they might retrofit it with digital IMAX later.

Look Cinemas says it’s renovating this venue for an opening later in 2022.