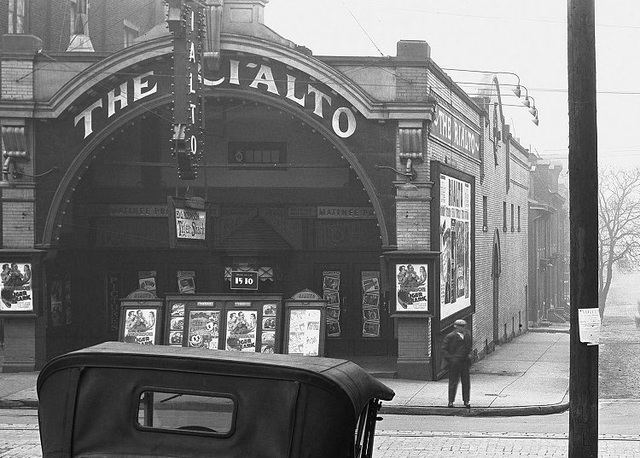 The theatre opened in 1914 as the Cameraphone (one of at least three by that name in Pittsburgh at one time or another) in the city’s Uptown section. It had 500 seats at that time. When it became the Rialto Theatre, it seems to have had just 400 seats.

The 2008 owner is listed on the county real estate site as the Stough Family LLC of Cincinnati.

There is a rather large building at that address now. The business is a plasma donation center:
http://tinyurl.com/7dfplf

Five theaters were opened under the name Cameraphone by T.M. Barnesdale in 1908. These included the Cameraphone in East Liberty and the Cameraphone “…on lower Fifth avenue….” in Downtown Pittsburgh (I think this latter must have been the house at 347 Fifth Avenue that later became the Cameo Theatre.) A third Cameraphone was on Carson Street on the south side, according to this article in the July 15, 1916, issue of The Moving Picture World.