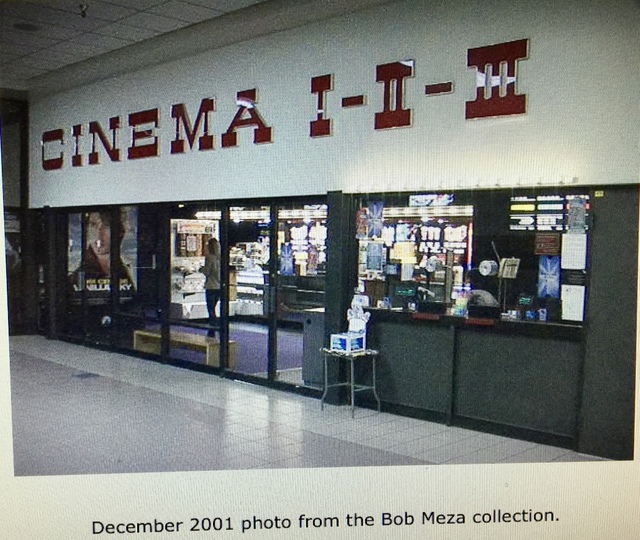 Opened on February 15, 1974 as a triplex within the still-struggling Everett Mall. Typical General Cinema construction and decor - cinder block walls, red carpet, blue or red vinyl walls. A second triplex was added across the parking lot year or two later. One manager for both, and same for the union projectionist who shuttled between the two buildings several times a day via his own car.

All auditoriums had flat screens and immovable black masking, no curtains and no shadowbox. Blue stage lights bathed the screens between showings. The first three auditoriums were narrow and tunnel-like, the next three were wider and thus more pleasant. Approximate seating: I @ 400, II @ 300, III @ 300, IV @ 300, V @ 250, VI @ 250.

All projectors were Century 35mm, lamp houses and platter systems were Christie. Mostly first run films were shown. When GCC collapsed, the theatres were absorbed by Regal and was closed on January 5, 2003. It was replaced them with an updated 16 screen complex which opened on July 14, 2006 and has its own page on Cinema Treasures.

There are some factual errors in this theater’s description:

1) The separate theater, known as the Everett Mall IV-V-VI, was built in the early 80s with three identically sized houses—whether they were 250 seaters or 300 seaters I cannot say. Additionally, a few years later, four more theaters were added onto the IV-V-VI creating the Everett Mall 4-10 (by this time, GCC dropped the Roman numerals). These newest theaters were much smaller than the others ranging from 150 to 200 seats.

2) AMC bought out GCC when the latter went into bankruptcy and ran them for a time before closing them. Regal stepped in afterwards to operate the I-II-III solely to keep out other competitors as they proceeded with plans to open their Everett Mall 16.