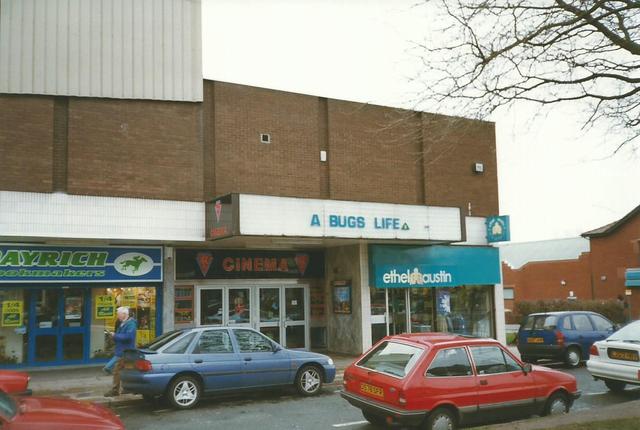 Located in the Allerton district of Liverpool, originally on this site stood the Plaza Cinema, which opened in 1928 (architect A.E. Shennan-1,432 seats). A Wurlitzer 2Manual/8Ranks organ was transferred here in August 1928 from the London Palladium. The Plaza Cinema became the Gaumont, and then Odeon. It closed in April 1971 and was demolished. (It has its own page on Cinema Treasures).

A new shopping centre was built on the site, which contained a cinema, located on the first floor and this opened as the Classic Cinema on 11th August 1973 with Richard Beckinsale in "The Lovers" and Paula Wilcox in "Birds of Prey". It was luxuriously equipped and had a licenced bar, air conditioning and 493 luxury seats in the stadium plan auditorium.

The Odeon was closed on 26th February 2009, with Brad Pitt in “The Curious Case of Benjamin Button”. By 2019 it is in used as an Anytime Fitness gymnasium.

A vintage photograph of the Classic Cinema in 1982:
http://www.mawgrim.co.uk/projection/allertonc.jpg

Never heard of the Richard Widmark movie on Marquee,wonder if it had a different title in the states?

“Who Dares Wins” was a UK/Switzerland co-production. It was titled “The Final Option” in the USA.