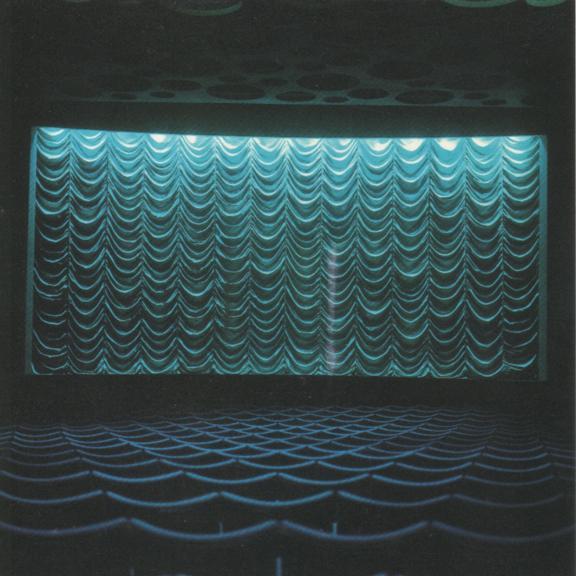 The former Gaumont Haymarket (it has its own page on Cinema Treasures) was completely gutted and most of the space turned into offices, but a basement cinema was included in the rebuild, which opened on June 4, 1962 as the Odeon Haymarket. The opening film was an exclusive run of of Anthony Quinn in “Barabbas”, which was presented in 70mm and ran for over six months.

Seating 600 on a stadium plan, the cinema was designed by architect Leslie C. Norton. It suffered from having a fairly obscure corner entrance (facing away from Coventry Street), but was very comfortable and distributors would often hold a film over to open it here on an exclusive run. On 30th March 1967 the British Premiere of “A Man for All Seasons” was held and began a long run.

The side walls sloped in at an angle of about 10 degrees, hung with panels of Thai silk, and the ceiling had a honeycomb pattern of holes. An unusual feature was the double set of festoon (waterfall) curtains.

The Odeon closed on 14th January 1999 for ‘renovation’. In October 1999 ‘Time Out’ magazine listed the Odeon Haymarket playing the Pedro Almodovar directed film “All About My Mother”. A new style ‘Odeon’ sign (one of the first) was placed on the front of the building. The Odeon was closed in January 2000, and the sign was later removed. After laying empty for several years, work began on stripping out the building. Work was halted for a long period of time when a huge amount of asbestos materials were found. Apparently it was gutted back to the bare brick walls and there were plans put forward in 2007 to open it as a lap-dancing club, but this never happened. The building remains boarded up in 2021.

Actually looking at photos, could this plasterwork be from the even earlier Capitol Cinema (1925)? The 1937 Gaumont was a bit more streamlined. Perhaps the back of the boxes?

I remember the run of the Irwin Kostal re-recorded Fantasia in 4 track at the Odeon. It was fantastic! The Odeon became one of my favorite West End cinema’s and Fantasia, one of my all time favourite films. I saw it at Haymarket several times. Do you happen to remember the date this run started by any chance? Curiously enough I used to keep a movie going diary at that time and I noted on the 16th August 1983 (my first ever visit to this Odeon):“A very pleasant air conditioned modern cinema, nicely designed with comfortable seats and pleasant staff.” On presentation, I noted: “Excellent! Screen nicely lit.” (I didn’t at this time know that it was carbon arc, but I clearly recognised the quality of the light!) I went on to note that admission was £3 and thought that to be dear at the time! Some time later, I followed the same print from the Odeon when it transferred to the Studios, Oxford Circus and on the 5th October 1983 noted: “Previously unscathed print, now scratched!” I think their Westrex tower did the damage, I remember the closing sequence with the sunset having become marred by a rain of scuff marks!!

Certainly an attractive and comfortable cinema with a reputation for long, premiere runs. Thought to be small when opened – would now be thought a large capacity. I was lucky, never found any flood or air conditioning problems. Fond memories of seeing “Mary Poppins”, “The Virgin and the Gypsy”, “Fantasia”, “The Lion in Winter”, “The French Lieutenant’s Woman” and “On Golden Pond” here, during their very successful runs, among others. Presentation was top notch – two festoon curtains lit by both footlights and from above by colour spots. Both light distribution and focus on the Odeon’s big screen were always perfect in my experience. As a Rank cinema manager myself, I heard about the maintenance problems but wouldn’t have known from having enjoyed the splendid cinema on numerous occasions.

A 2012 application specifically to confirm that this would be in keeping with Class D2 use and thus not require planning permission, resulted in a Certificate of Lawful Use or Development confirming this would not constitute a material change of use being issued by Westminster Council.

As this scheme has not been taken forward this would appear to be of largely academic (!) interest; however, the application does include existing plans. The remains of old decor on the “right hand side wall” in the photos posted by Ian I would assume to be in the “PLANT/SERVICE AREA” on the existing plans.

Amazing that alterations to these buildings result in them being chopped and changed so much, almost like “Trigger’s broom”!

Just realised my previous post doesn’t say that the planning application was for a “Sports Cinema Venue.”

I’m sure the regulars of this site already saw this, but I’ll post the link anyway for archival purposes (short film made to introduce the theatre in 1998):

Lionel: Thank you for posting the link. Not sure if I have seen it before, but it was worth watching in any case.

In the above-mentioned film, we also see the projection booth sound rack. It contains a Dolby CP65 processor along with a Dolby DA20 converter, so I would assume that the Odeon Haymarket was equipped for Dolby Digital around 1994 and that the amps and speakers were replaced with new ones because of the stringent demand of the new sound format(s). Does anyone know which speakers (make, model, quantity – for both screen and surround) the Odeon Haymarket had during its last years of operation?

@CF100 I obviously agree with your comment about how wonderful it looks. Compared to today’s standards, it would make a premium experience when it comes to scenery. Unfortunately, I never had the opportunity to see a film there. 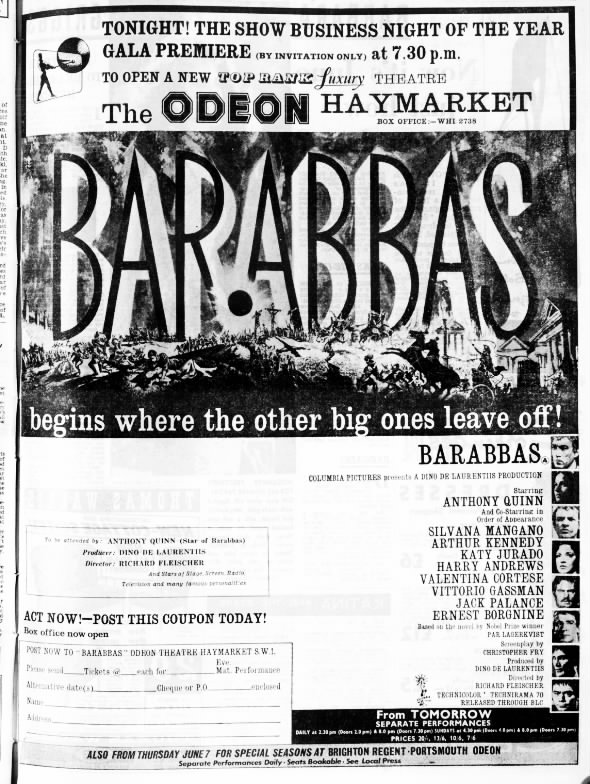