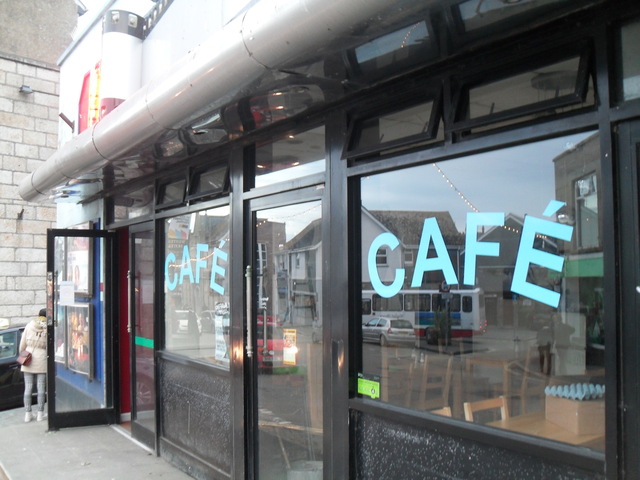 Located in St. Ives, Cornwall. The Royal Cinema opened on 3rd July 1939 with Deanna Durbin in "That Certain Age". Two sets of plans had been submitted in 1938, for the design of an Art Deco style cinema by noted cinema architect George Coles, but for some reason these were not used. Instead, the building was designed by the local Penzance based architectural firm; Cowell, Drewitt & Wheatly.

The exterior has a square fin tower feature to the right of the entrance, which has a flat projecting slab on-top. Inside the auditorium, seating was provided for 686; 486 in the stalls and 200 in the circle. There was a 30 feet wide proscenium opening, a 14 feet wide stage and two dressing rooms. The Royal Cinema was independently operated by Cecil Drage.

It was equipped with 70mm equipment in the 1960’s and the auditorium walls were covered with drapes. On 9th December 1990, the cinema was purchased by Geoff Greaves; Merlin Cinemas chain and was closed in January 1996 for conversion into a triple screen. There are now 200 seats in the former circle which has been extended forward and two screens in the stalls, one seating 150 the other 80. There is a cafe in the foyer.

I saw many films here, including ‘The Deer Hinter’, the first ‘Star Trek’ picture, as well as ‘Apocalypse Now’, both with practically empty houses, as it wasn’t the tourist season. Nevertheless the Pearl & Dean lineup was before every show. The projection and sound were superb. The floor in the stalls was composed of mere wooden boards, and you could smoke, as some seat backs had ashtrays. I also saw ‘Life of Brian’ here and I was politely asked if I wished to boycott the performance. I politely declined, and the show, which was practically a private viewing, went on. My compliments to the management.