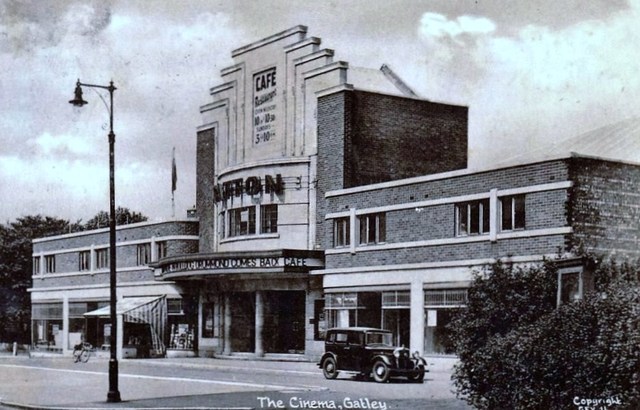 Opened on October 14, 1937 with Dorothy Lamour in “Jungle Princess”. Located in an upmarket suburb of Gatley/Cheadle in Cheshire, near Stockport, and now part of Greater Manchester. The Tatton Kinema had seating provided for 900 in the stalls and 300 in the circle. It included an 18-foot stage, six dressing rooms, and a restaurant. It was designed by Manchester based architects J. B. Teasdale and M. C. Sunter of Manchester.

In 1971, the restaurant was converted to a 111-seat cinema known as Tatton Minor, opening on 4th February 1971 with “Airport”. It had a fully automatic rear projection system. The original cinema became Tatton Major. On 17th November 1975, the Major closed and was twined with the larger stalls area becoming the 647 seat Tatton Major, the former circle the 247 seat Tatton Minor, and the restaurant cinema the Tatton Mini.

It was an extremely successful cinema - one of the most profitable in the Northwest and was eventually bought by Apollo Cinemas chain who renamed it Apollo Cinema 1,2, & 3.

A multiplex opened about a mile away and the Apollo Cinema closed on 18th January 2001. The cinema has recently been demolished except for its façade & foyer, and flats have been constructed behind. In November 2020 the frontage of the original cinema building became a Co-Op Local food store.

As a single screen venue this was a great suburban cinema.The bulding was well converted in the 70s but lost all the charm of a 30s cinema. Apollo should be shot for allowing such a great local amenity to close.

On November 2020, the main entrance and right frontage became a Co-op food store.

Closure date appears to have been 18th January 2001 from online sources.