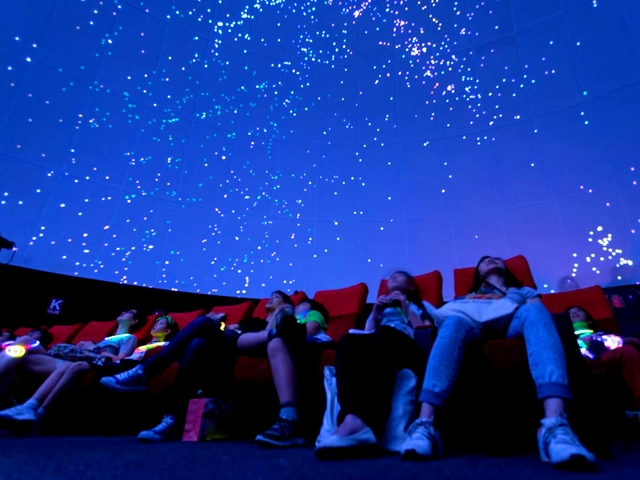 The Space Theatre is part of the Hong Kong Space Museum. According to its website, the theatre has a hemispherical projection dome with a diameter of 23 metres. The theatre boasts to have the first OMNIMAX film projector in the eastern hemisphere in the 1980s. The Space Museum claims to be the first planetarium in the world to possess a fully automatic control system at its Space Theatre.

In 1999,the Space Theatre installed a new rewinding unit of its OMNIMAX projector. The unit permitted concurrent screening and rewinding of films. In addition, it could handle larger film reels and extended the maxium film duration from 45 minutes to 90 minutes.

In 2004, the Space theatre was renamed Stanley Ho Space Theatre. Multi-media planetarium shows and selected OMNIMAX films are shown at the theatre.

The theatre was closed between 17th November 2008 and 30th June 2009 for renovation and replacement of the planetarium projector.