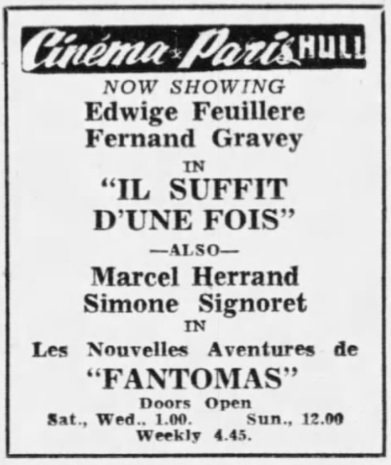 Opened on 5th April 1947 as the Figaro Cinema. On 28th March 1948 it was taken over by France-Film and was renamed Cinema de Paris which specialized in French films.

Grand opening ads from the Citizen and Le Droit posted.