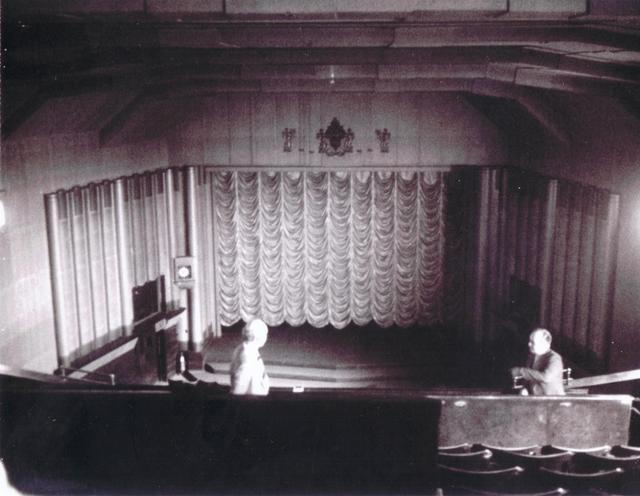 The Playhouse Cinema was one of three cinemas designed in similar style by architect Alister G. MacDonald for Caledonian Associated Cinemas Ltd.

Built in 1932, the auditorium, which ran parallel to John Street, had seating in stalls and balcony. The decoration was subtly plain, with concealed cove ceiling lighting throughout. The splay walls contained fluted columns with hidden coloured lighting from top to bottom. Spotlights sunk into the front balcony illuminated the proscenium and screen drapes in different colour.

The Playhouse Cinema was taken over by the J.B. Milne circuit in 1958 and was closed on 27th August 1977 with the film “Bugsy Malone”. The building stood empty and unused until 1991, when it was demolished after a fire.