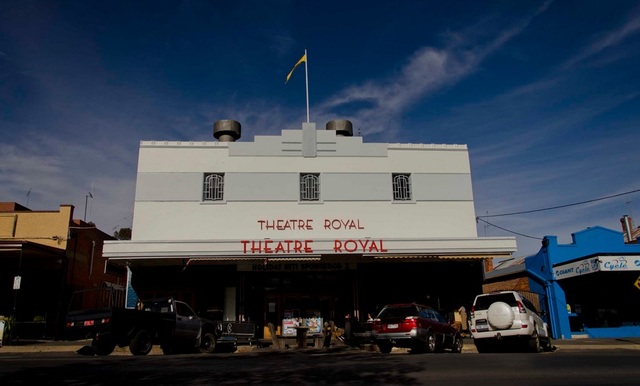 The first Theatre Royal on the site opened in 1852 and was destroyed by fire in 1857. The current Theatre Royal building dates back to 1858 when it was re-built to the plans of architect Arthur Prince. In around 1880, it was operated as part of the J.C. Williamson chain of legitimate theatres. It suffered damage in another fire in 1887.

By 1915 it had gone over to screening films and had been re-named Royal Picture Hall (People’s Popular Picture Palace), with a seating capacity of 970. It was remodeled in 1938 in an Art Deco style. The projection box is located at the rear of the stalls, under the circle.

In 2010, there are 263 seats in the circle, with tables and chairs in orchestra stalls area, used for dining and watching the film. At the rear of the Theatre Royal is a 55 seat Outdoor Theatre.

The Theatre Royal is the oldest continually operating theatre on the Australian mainland.