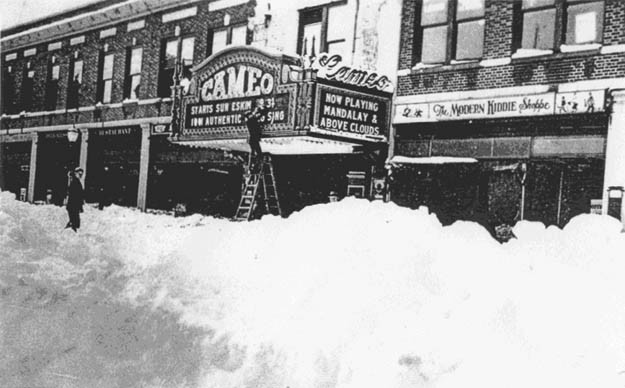 Boxoffice of August 21, 1961, reported that the Cameo Theatre in Bristol was being razed to make way for an addition to the Southern New England Telephone Company building. The Cameo had been operated by Stanley-Warner, also operators of the Bristol Theatre.

The actual destruction of the Cameo apparently didn’t take place until 1963. Boxoffice of August 19 that year said: “The former Stanley Warner Theatre on North Main Street has been demolished to make way for a redevelopment project.” Though it doesn’t mention the name Cameo, the item must refer to that house. I can’t find any indication that Stanley Warner ever operated an eponymous theater in Bristol.