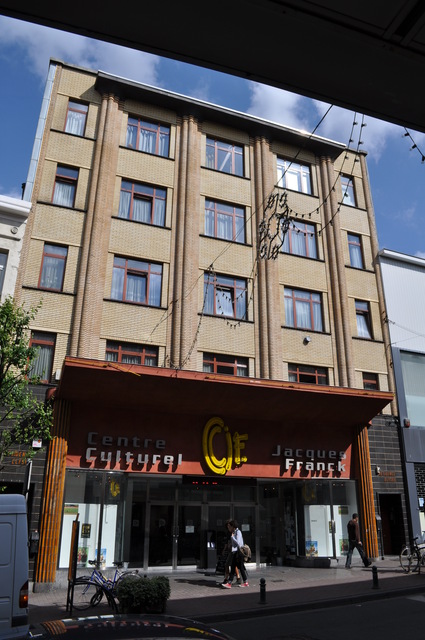 Opened before World War I as the Grand Cinema Saint Gillois, it became Elysee Cinema in the 1930’s under the direction of Joseph Weckx, who owned the Leopold Palace and Albert Hall in the Etterbeek district and then the Bristol just in front and opposite in the Chausse de Waterloo, through the 1950’s till end 1960’s.

First closed it became for a time Le Theatre du Parvis, it was taken over by the Town Hall. It is now the cultural center of the district of Saint Gilles, with theatres, exhibitions and film at week-ends, for the local French speaking community.