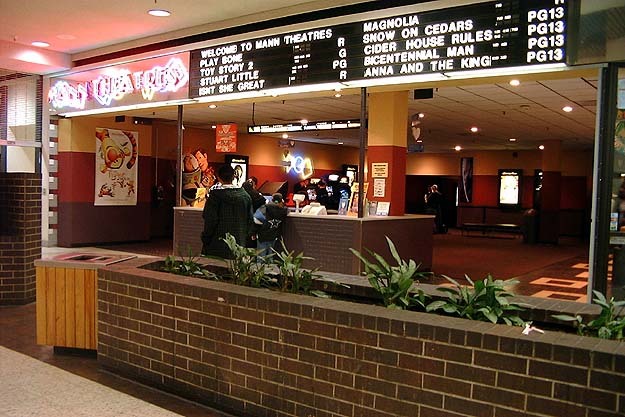 The Southwest Plaza 5 opened on March 3, 1983. It was operated by Mann Theatres when it opened. Colorado Cinemas took over operations in July 2002.

Well, the wording’s certainly muddled, but one thing that’s TOTALLY inaccurate is that Bowles Crossing was 5 blocks west of Southwest Plaza. It was only across the street to the east for God’s sake. The Kipling 6 was the one to the west, but it was never operated by Colorado Cinemas. Originally Mann and now Elvis.

THEATER WAS IN MALL SOUTH ENTRANCE I WAS C.O.O. FOR MANN THEATER AT OPENING