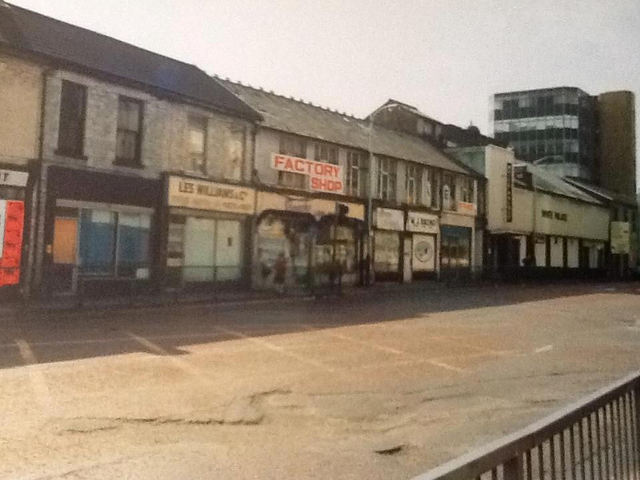 Opened in around September 1910, the White Palace Cinema was medium sized cinema located at Station Square on the edge of Pontypridd town centre. Initially it only had seating on one level, but closed around February 1917 to have a balcony installed. It re-opened in April 1918.

It was operating as a second run house in the early 1960’s and eventually closed in 1984.

One of a few cherished cinemas in Pontypridd and like the County, Palladium, Park and Town Hall long gone.

My great grandmother Mrs Mona Gray was the manageress of the White Palace becoming redundant at the grand old age of 91 when many cinemas became a ‘victim’ of the new video era and were closed. She would say back then that cinemas would one day return because it wasn’t the same watching a movie at home. I often think of that now especially when I go to the movies. As the oldest cinema manager in the UK Mona was invited to meet the Queen at the Royal Film Performance of Evil Under the Sun in ? 1983 where she also met James Mason. She relayed many memories to me about running the ‘Palace’ during the war and I have many of my own from working there during school holidays. Essentially I grew up there.

Must have been great meeting James Mason he is one of the greatest Actors ever to appear on a Silver screen.

Yes she was delighted. She said his voice was even richer in person.