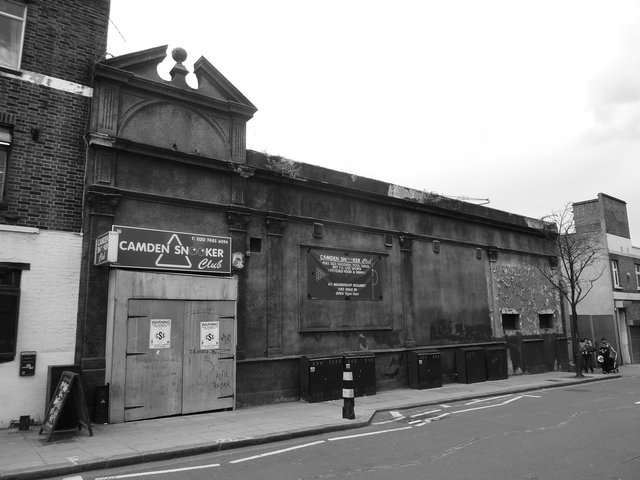 Located in the northwest London inner-city district of Camden Town. Originally a Victorian-era public hall, the building was in use as a roller skating rink in 1903. It opened as the Dara Cinema in 1908. A rather plain building, the entrance was on the left hand side of the building and had a Doric feature and a wooden pay-box at the street entrance, which survived until recent years. There was no foyer, and doors from the street led straight into the auditorium where seating was all on one level. The auditorium ran parallel to Delancy Street.

By October 1911, it had been re-named Fan Cinema. The auditorium had a sliding roof to allow ventilation in hot weather and it catered to a family audience. The Fan Cinema failed to meet its licencing requirements in 1917 and was closed, never to re-open as a cinema again.

In August 1919 it became a billiard hall and the sliding roof was replaced by glass skylights. This use continued until the early-1960’s when it was converted into the independent Dara Bingo Club. By the early-1990’s the building had changed back to being a snooker and billiard club, named the Camden Snooker Club.

The snooker club was closed in February 2011, and the building was demolished in 2012.

the building is under threat of demolition for redevelopment

alas after 7 years of campaigns the owners have forced the leaseholders of the snooker hall to leave : if they start work by the 28th feb , this historic community building will be demolished

still standing as of today !