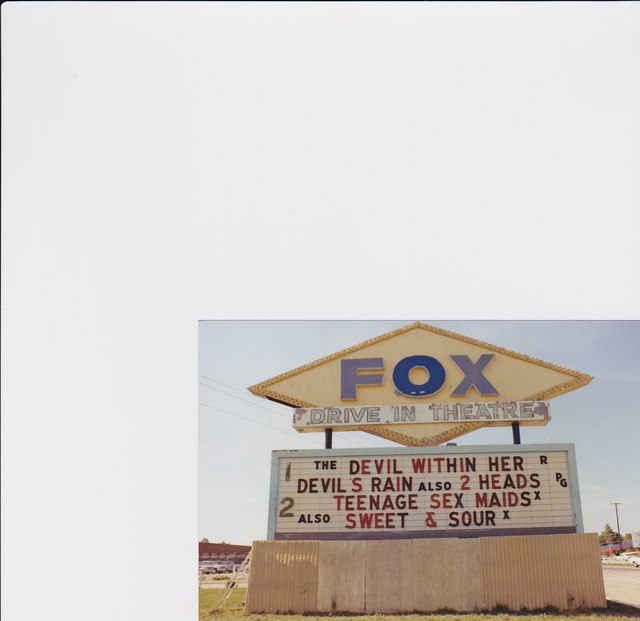 The theatre opened under the Meiselman/H.B. Theatre Group. The theatre was under their operation under 1969, when H.B. Theatres folded and was acquired by Charlotte-based Eastern Federal Theatres. A third screen was added after 1978. Eastern Federal operated the Fox Drive-In until its closing sometime after 1990.

From the summery, are we to presume the Fox Drive-In originally opened as the Miracle Drive-In, and at some point the name was changed?

If the above address (next to Powers-Swain Chevrolet) is correct then the Fox Drive-In closed as a three-screen drive-in: two back-to-back screens (still standing) and a third, smaller screen at the front of the property (the steelwork of which now stands on a used-car lot).

Based on topo and aerial maps from the time, there is no evidence to suggest that a third screen existed. It may be a fault of Google maps because it would have stood over the exit road. An aerial photo from 1978 does not show a screen in that location.

In addition to the big screen which still stands, although it is heavily damaged and deteriorated, the ticket booth is still present. However, both projection booths/concession stands appear to be totally demolished.

really miss this place. grew up there watching awesomely scary horror flix and worked there for a time as a teenager. there were def. 3 screens

After further research, the drive-in appeared to have closed after 1990, not 1980 as indicated in the description. The third screen was not added until sometime after 1978 and recently has been fully torn down.

The Fox indeed had 3 screens, the third one devoted exclusively to X and R rated movies. I don’t know why it’s referenced as the Miracle in the description above. Maybe it was renamed the Fox in 1956. The Miracle was a walk-in theater on Hay Street.