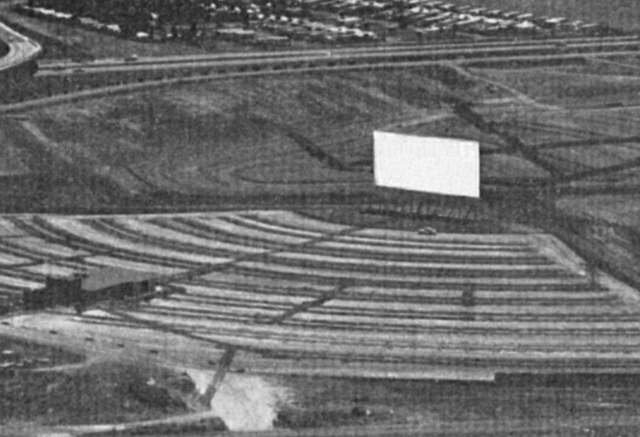 The theatre was located near the Coddington subdivision, off the 101 Freeway. Opened by Theatre Management, Inc., of which George M. Mann was president. It was closed around 1979.

The theatre was torn down for an industrial park.

The Drive-Ins opening film was the roadshow version of Mutiny On The Bounty starring Marlon Brando and Trevor Howard. Both shows were sold out that night. Meaning 2400 cars showed up.

This is not the same as the Redwood Drive-In, which is in Rohnert Park, but it had the same owner. This was behind the K-Mart, between Hopper Ave and Highway 101 at the north end of Santa Rosa.There is now a “Skyview Drive” where the theater entrance was.

I remember trying to catch a glimpse of whatever was showing as we drove by on our way home during night drives.

It now consists of Siduri and Sonoma Estates vintners and the Catholic Charities.

The Star-Vue’s last appearance in the Motion Picture Almanac drive-in lists was the 1979 edition. Its ramps were run-down but intact in a 1983 aerial photo, but the industrial park was in its place in a 1993 aerial. (Although a 1999 (!) topo map still included it – another reason to stay skeptical of topo maps.)