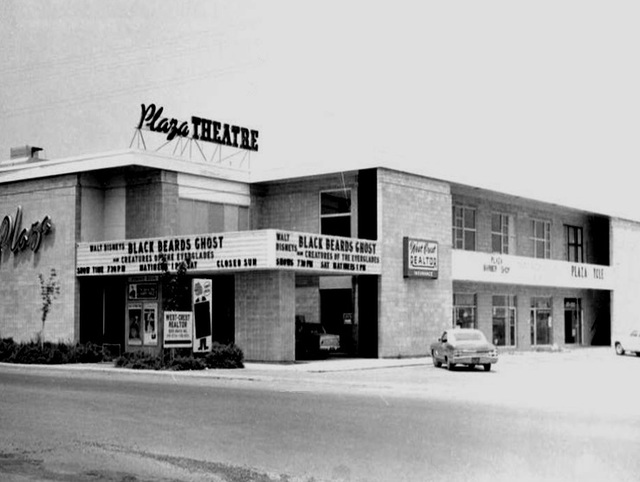 Opened on July 2, 1964 as the Plaza Theatre with Tony Randall in “The Brass Bottle”. It was one of, if not the only, purpose-built 3-strip Cinerama theatres erected in Utah. (The Villa Theatre was retrofitted about 12 years after it opened.)

Construction on the Plaza Theatre began one month before “It’s A Mad, Mad, Mad, Mad World” opened at the Villa Theatre and three-strip Cinerama disappeared from the Salt Lake Valley.

It remained a discount movie house until Consolidated Theatres finally closed it when new 24 and 15-screen megaplexes were built nearby.

The Cinemas 5 was then used as a venue for live entertainment before being reopened as a movie theatre on May 16, 2002 serving the Latino community called Tu Cine.

Ticket prices for Tu Cine were below what other area "mainstream" theaters charged at $5 for adults and $3 for children. The theater re-opened with Spanish-language versions of "Star-Wars: Episode Two", "Spider-Man", and "The Scorpion King".

This theater is now closed after it last ran films with Spanish sub-titles. The theaters have also been completely stripped so it ever showing films again is not very likely. 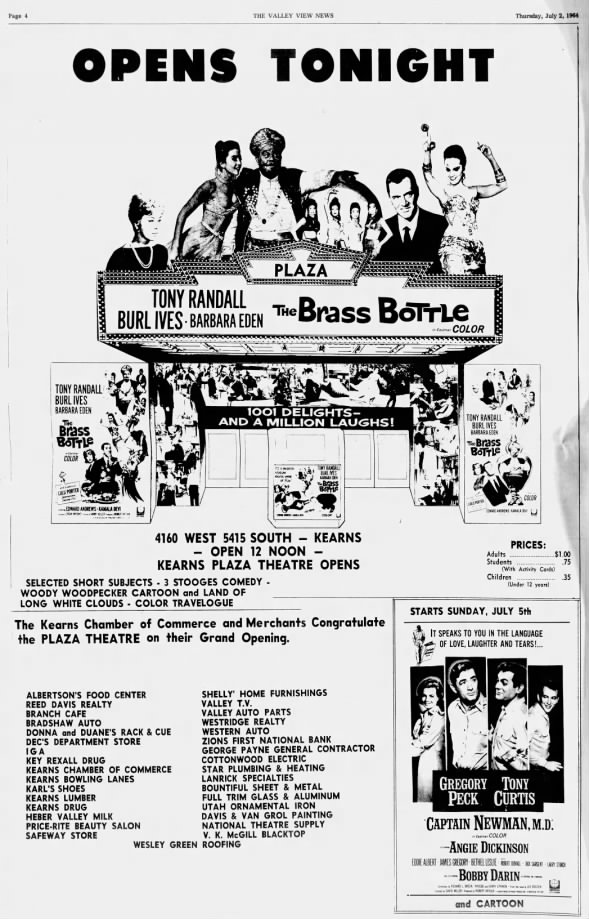